Steel disc spins for up to two minutes. $34.99
Buy Now at Amazon
Why can't I buy this at Vat19?
*Note: The product details shown on Vat19 may vary from what is available at the store(s) above.

Falling has never looked as cool as when showcased by Euler's Disc.

Named after the famous mathematician Leonard Euler (pronounced Oiler), this desk toy is a stunning demonstration of several physics concepts.

With a twist of your fingers, the heavy chrome-plated disc can fall for up to two minutes! This motion is known as sprolling (a combination of spinning and rolling), and it causes the disc to make circular passes around the center of the base while remaining upright like a spinning top.

As the disc loses energy, the angle between it and the base diminishes and an interesting whirring sound develops.

Place a combination of the included magnetized holographic foils on the top of the disc to create interesting visual effects. For a light show that is nearly beyond belief, turn out the lights and add a laser pointer!

Falling has never looked so cool!

Euler's Disc is an amazingly simple, yet mathematically complex desk toy. It consists of a concave, mirrored base and a heavy, chrome-plated disc.

When spun on its curved edge, the disc exhibits a paradoxical effect. As the disk loses energy, its spin rate increases rapidly. Because of the low-friction materials used, Euler's Disc will sproll (spin and roll) for up to two minutes! As it eventually comes to rest, it makes a fun whirring sound that rapidly increases in frequency. 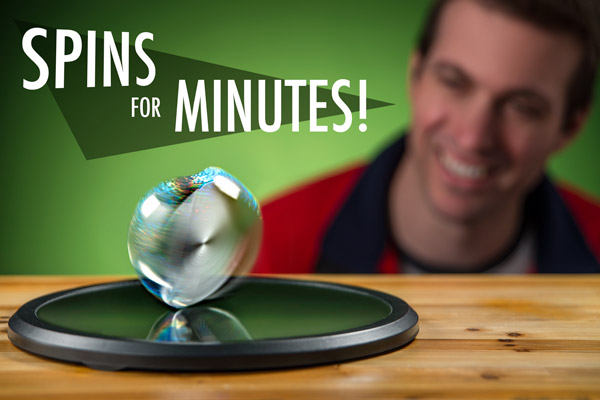 Euler's Disc is a visual feast

Euler's Disc is fun to watch for several reasons. Initially, it's simply fascinating that an object can spin for so long. But as the spinning continues (almost never-ending), the holographic display becomes mesmerizing. And if you want to be awestruck, add a flashlight or laser pointer. 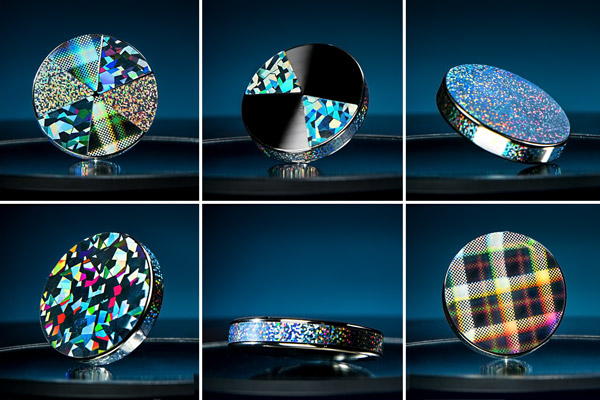 Experiment with the included holographic foils to create a plethora of visual effects.

One edge of the chrome plated disc is carefully machined to a super smooth radius. This substantially reduces surface friction and significantly contributes to sprolls of up to two minutes! 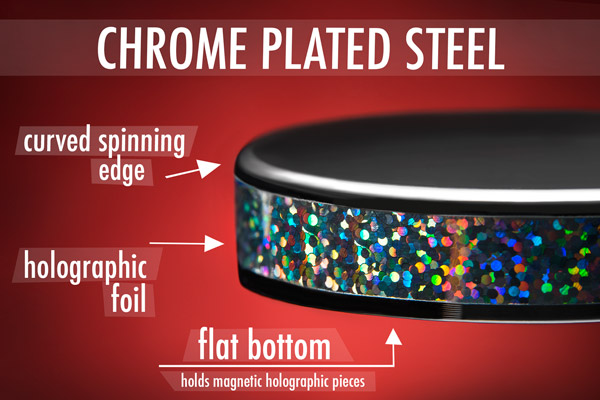 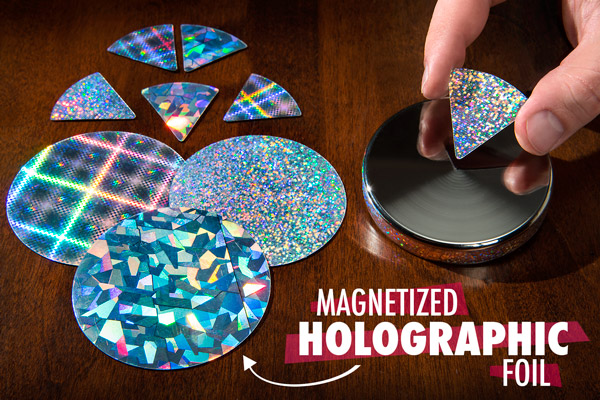 Transform spinning into art with the included holographic foil.

Turn out the lights for an amazing spectacle!

Euler's Disc can create astonishing light shows with the simple addition of a laser pointer. Switch off the lights, aim the pointer at the middle of the base, and spin the disc. Trust us, it's awesome. And if you don't trust us, check out the video below.

The video above will blow your mind, y'all.

$34.99
Buy Now at Amazon
Why can't I buy this at Vat19?
*Note: The product details shown on Vat19 may vary from what is available at the store(s) above.

A deliciously cuddly pack of friends!