Unleash your creativity with DotsPen, a new drawing tool that helps you easily create unique works of art.

The tip of the electric pen rapidly moves up and down, allowing you to effortlessly create a multitude of minuscule marks. Move the pen across the page to form groupings of dots that make up shapes, figures, and typography. The effect is a stunningly intricate drawing that draws the viewer into the detail of the piece.

DotsPen is a revolutionary drawing tool for artists. This electric pen efficiently simulates the time-consuming and physically demanding process of manual stippling, an art form that uses a large number of tiny dots to create the illusion of solid lines, shapes, and shading. Whether you know the term or not, you’re sure to recognize the beauty of the art it creates—an art that's now much easier to replicate.

The DotsPen achieves its amazing results by rapidly moving the tip of the pen up and down like a piston. The effect is similar to a tattoo gun for paper.

It’s like using a tattoo gun but with much less regret.

DotsPen makes it easier to fulfill your artistic vision by reducing the physical and temporal obstacles to creating dot-based artwork.

Using the DotsPen is simple. Hold it like a traditional pen, slightly above your writing surface, and let the electric movement of the tip do the work for you. The speed you move the DotsPen and the proximity to the writing surface will produce different effects.

Whether you’re replicating a nature scene or inventing a manga masterpiece, DotsPen makes it easy to start creating. 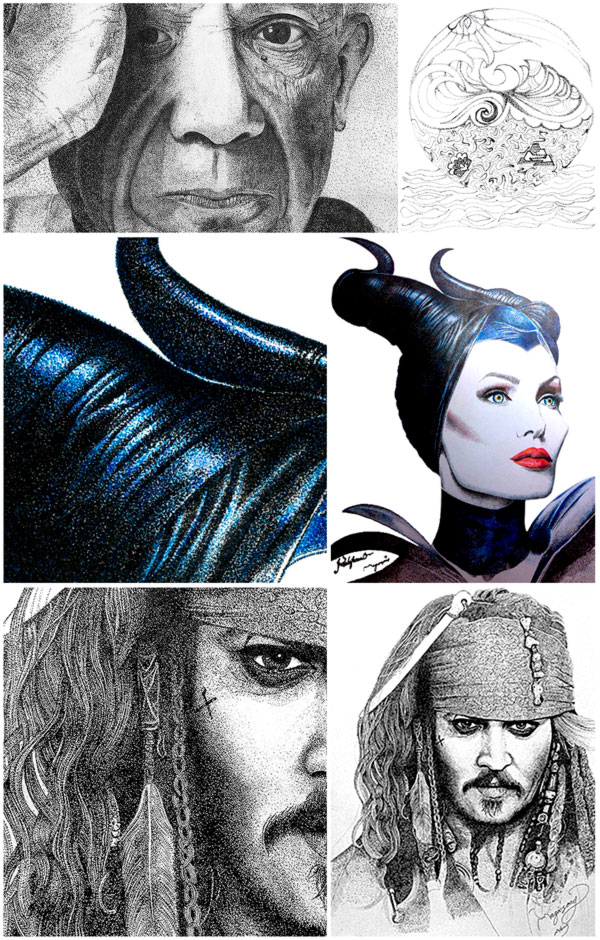 DotsPen allows you to toggle between two speeds to further increase your efficiency and control. Use the slower speed when doing careful detail work. Then switch to the higher speed when you need to cover large areas.

Toggling between the speeds requires only a simple click of a button, so you can quickly switch back and forth without breaking concentration. 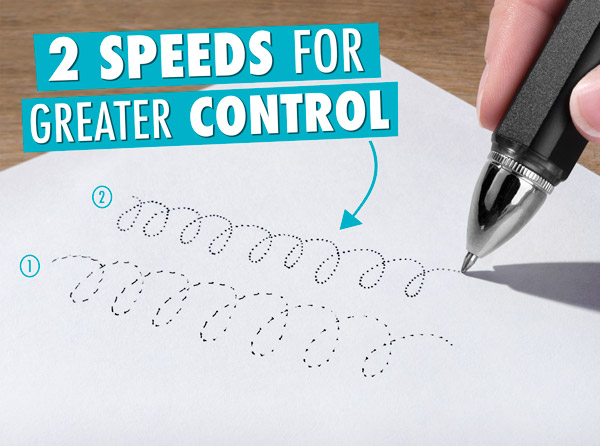 DotsPen draws its power from a lithium battery which is recharged through its convenient USB port. The LED indicator at the end of the pen quickly informs you if a charge is needed.

The included 36” charging cord allows you the flexibility to work while plugged in so you don’t have to stop creating to recharge. 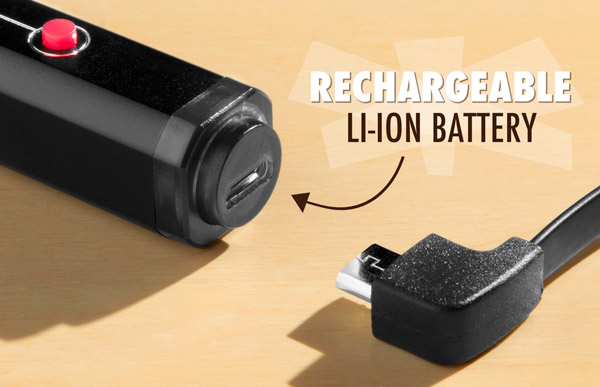 Use a USB power source to recharge your pen.

DotsPen has a number of features to make your artistic life easier including a comfort grip for the barrel, a cap for the tip, and a convenient metal carrying case for storage. 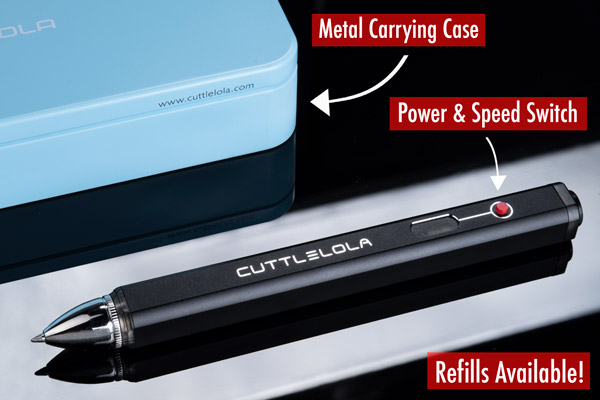 Get steeped in stippling.

Question: So this pen makes awesome drawings for me?

Answer: DotsPen is a tool to help you make awesome drawings. The actual content and quality of the art is entirely up to you.

Question: Do I need special training to use this?

Answer: The physical handling of DotsPen is pretty intuitive and requires no training. Learning how to make intricate stippling drawings may take some practice.

Question: How long does a charge last?

Question: How do I refill the ink?

Answer: There are ink refill cartridges specifically designed for DotsPen which are available to purchase above. Remember that the DotsPen comes with 3 black ink cartridges.

Write like Shakespeare with this complete quill and ink set.