The Feel Flux Skill Set demonstrates a fascinating principle of physics while entertaining your mind and challenging your abilities, all at once.

Drop the super strong rare earth magnet and—like you’d expect—it falls to the ground nearly instantly. But when you drop it through the Feel Flux cylinders, time seems to almost stop. The cylinders dramatically slow the descent of the neodymium sphere, giving the illusion of defying gravity.

This mesmerizing effect enables you to control the sphere and perform tricks like juggling the magnet and making it continuously drop without ever hitting the ground. Once you’ve mastered its skills, you’ll feel like a superhero each time you pick up the Feel Flux!

Feel Flux changes the way the included magnet responds to its environment, causing it to slow down as it falls—even when it’s not touching anything! The effect itself is fascinating to watch, no matter how many times you see it, and it feels even more amazing. Once you’ve picked your jaw off the floor, you’ll have time to spare before the magnetic sphere joins said floor.

Basically, it makes you Magneto.

Dropping a marble and watching it fall in slow motion is fun to do and fun to watch.

But when you’re ready to up your magnetic marble game, you can use Feel Flux to perform some incredible tricks. Juggle the sphere, make it fall endlessly, throw it from one cylinder to another, bounce it off your body, or make up your own tricks.

A perfectly reasonable explanation for this wizardry

If you learn anything from Thor, it’s that according to Arthur C. Clarke, “any sufficiently advanced technology is indistinguishable from magic”. In that case, Feel Flux transmogrifies anyone who uses it into a sorcerer. Because even though it obeys all the known laws of physics including Lenz’s law, it still doesn’t make any sense. 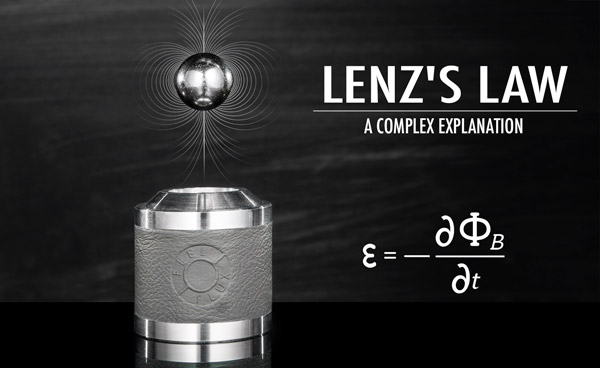 Magnets, how do they work?

Feel Flux is a fidgeting toy done right. Every aspect of the set is designed and made with excellence in mind.

The pair of highly conductive aluminum alloy tubes is machined to exact specifications with a CNC manufactured finish. Then they’re surrounded by a pebble leather sleeve to maximize grip. The set wouldn’t be complete without a magnetic sphere made from n52 neodymium—the strongest rare earth magnet on the planet. 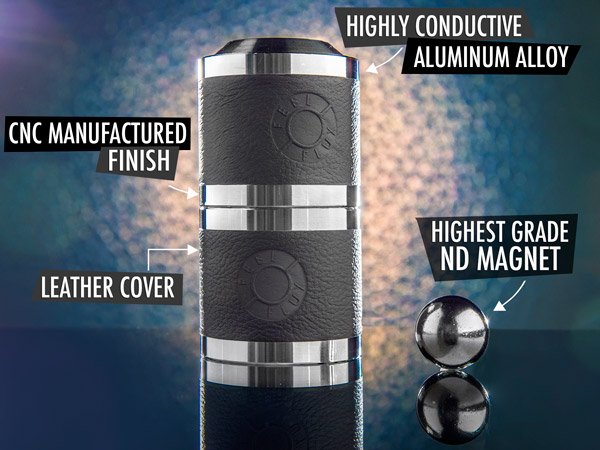 You know those magnetic letters that can barely hold a single sheet of paper to your fridge? This is not one of those.

This machined magnetic orb is made from the highest quality neodymium, and can lift an object up to 33 pounds. If it gets magnetically attracted to something, you have to fight to pull it off. In fact, it’s so strong that even on a solid table, it will automatically orient itself toward magnetic north just when you set it down.

Question: So the cylinders are magnets?

Answer: Only the sphere is a magnet. The cylinders are made out of an aluminum alloy that electromagnetically slows the sphere down as it falls through the inside.

Question: What does it do?

Answer: Feel Flux Skill Set is a fidgeting desk toy that shows the principle of Lenz’s law, an opposing electromagnetic current that slows the rate of a magnetic sphere as it falls. It’s also just really cool to play with.