If you want undeniable proof that Earth is round (and delicious), look no further than Planet Lollipops.

The set of ten suckers includes all nine planets, even little Pluto, plus the sun rendered in beautiful photo-realistic detail. Each equally-sized lollipop features an edible flat image of a celestial body sandwiched between an inky black back and a transparent lens in front. As you rotate your cosmic candy, the clear front gives you a stellar viewing port that makes the outer space object appear 3D. 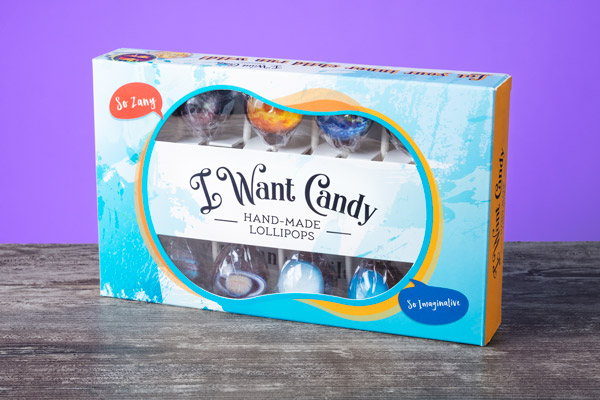 Each set of Planet Lollipops is packaged in an attractive gift box.
Love our videos? Please subscribe to our YouTube channel:

Candy is all stardust

Planet Lollipops are made mostly of sugar which, like everything else, was formed in the crucible of a star. And each Planet Lollipop box contains a set of ten different individually wrapped celestial bodies.

The hard candies are hand-made in the USA, and each features a highly detailed edible image embedded in the center. It’s like eating your way through pictures from the Hubble.

They were formed for your enjoyment.

A planetarium in your mouth

Each Planet Lollipop contains a photo-realistic image embedded in the center. With a transparent hemisphere in front, the effect is the likeness of a planet in 3D. They’re so beautiful, it’s almost a shame to eat them. Almost. 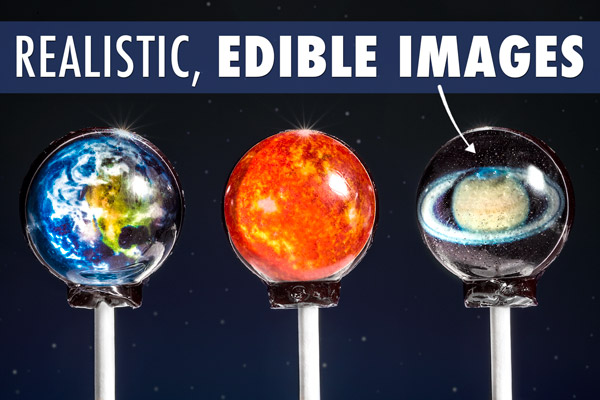 Reenact your favorite disaster movie in all its delicious glory.

The finest flavors in the galaxy

Not only does each pop in the set look unique, but every single sucker has a different delicious flavor.

Of course, the Sun and Pluto aren’t strictly planets, but would you really prefer to have less candy? 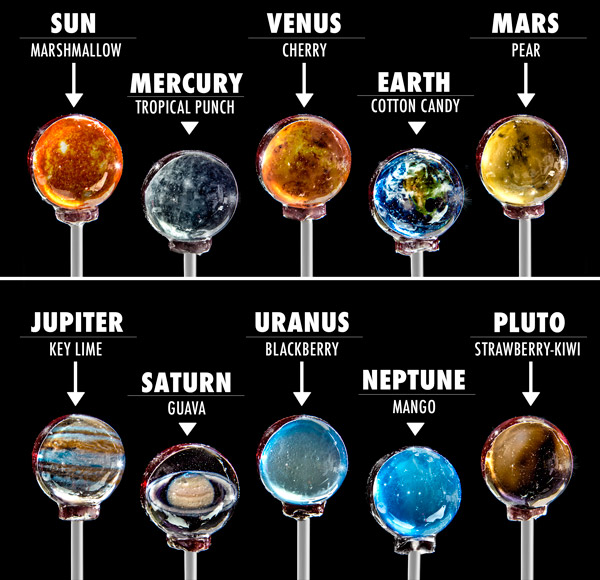 Give the Sun and Pluto a chance, and you won’t ever want to exclude them again.

Question: Is the image edible?

Answer: Except for the stick, every part of the sucker is edible.