Glow in the Dark Q-Man: 4-pack of flexible magnetic men.

Four-pack of glow in the dark flexible magnetic figures. Glow in the Dark Q-Man Magnets are miniature flexible figurines with neodymium magnets embedded in their hands and feet.

Translucent under normal lighting conditions, Glow in the Dark Q-Man shines brightly in darkness. Q-Man will hold pictures, papers, and notes to metal surfaces, but is the most fun when contorted and twisted into acrobatic poses.

Flexible magnetic characters that glow in the dark!

Q-Man is an awesome office accessory. It's educational (magnets are science), it's functional (holds stuff to other stuff), and it's awesome (glows in the dark)!

Each Q-Man features four flexible limbs with a super-strong neodymium magnet embedded in each hand or foot. 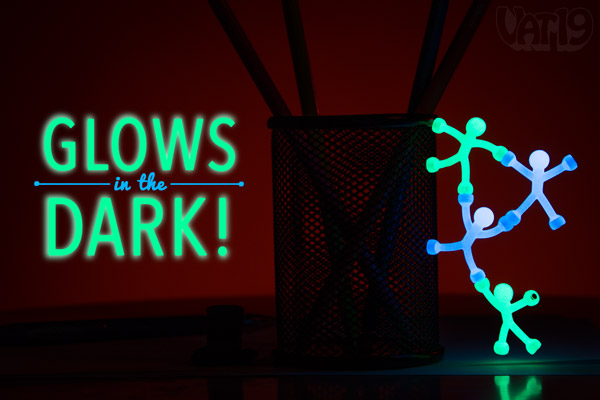 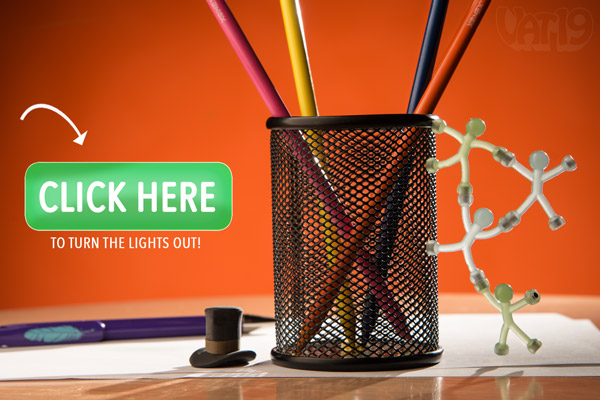 Glow in the Dark Q-Man shines brightly when the lights are off.

Fidgeting is a sign of genius*. So, it's no wonder that super-smart Vat19 customers are in love with the Glow in the Dark Q-Man.

They're simply a ton of fun to play with. Their flexible arms and legs make it easy to create all sorts of fun and acrobatic poses. And magnets, well, they'll never cease to amaze.

*Most fidgeters do so because they're bored. And why are they bored? Because they're freakin' geniuses. Again, it's just science, y'all. 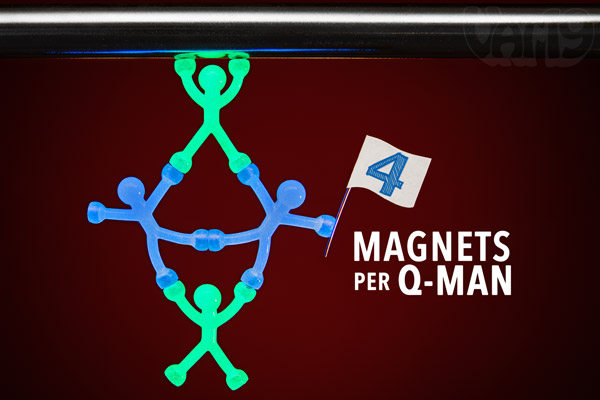 This is the Q-Man cross-promo section!

We've been in love with Q-Man for years! We started with the opaque Q-Man, added translucent Q-Man not too long after, and are in love with the miniature Glow in the Dark Q-Man!

Because all magnets play nicely with each other (duh!), all Q-Men can be used together (hint, hint). So, we suggest you stock up on all styles for the most fidgeting fun. 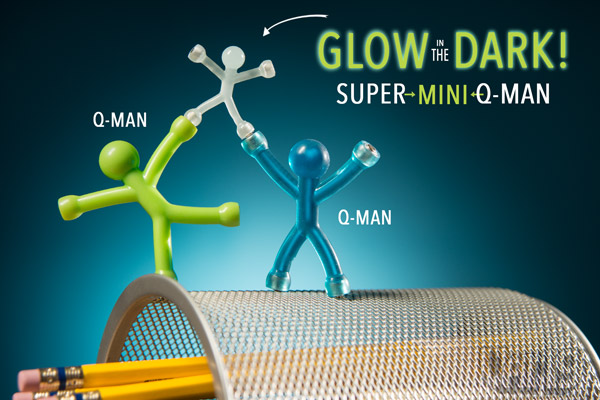 Glow in the Dark Q-Man is the smallest (but brightest) member of the Q-Man family.

Despite its relative small size, the Glow in the Dark Q-Man packs quite the mighty magnetic limb. Each extremity can hold four sheets of standard letter paper to a filing cabinet. Dang! 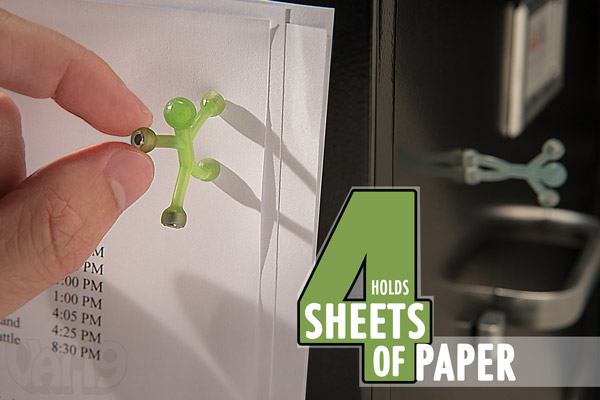 Despite its small size, a single Glow in the Dark Q-Man can hold up to four sheets of paper to a filing cabinet.

You'll get four Q-Men per pack

Glow in the Dark Q-Men are far happier in groups. They are sold in four-packs which include two blue and two green Q-Men. 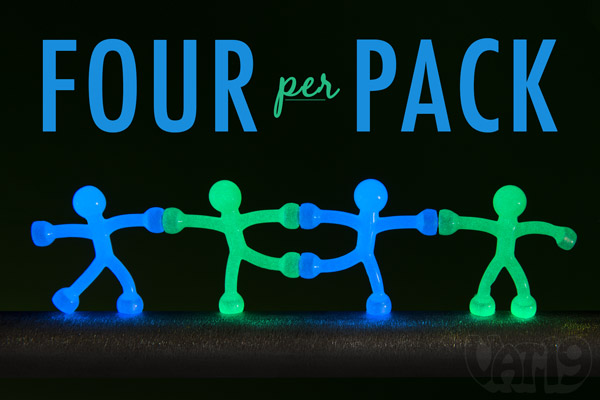 Each set of Glow in the Dark Q-Men includes 4 magnetic men.

Question: Why are these smaller than your "regular" Q-Men?

Answer: We're not sure (the manufacturer of our regular Q-Men and translucent Q-Men made the decision), but none of the magic of the Q-Man has been lost in this smaller edition.

Question: Magnets, how do they work?

Answer: It's a miracle, right?

Question: You used to have larger Glow in the Dark Q-Men. What happened to them?

Answer: The manufacturer discontinued the larger size. Glow in the Dark Q-Man is only available in this smaller size.

Question: How many do I get?

Answer: Each order includes a pack of four (4) Glow in the Dark Q-Men.

Nature’s most playful animal on your desk!

A box filled with the popular packing poppers