Smooth those luscious locks right after you pop open a cold one with the compact Headgehog Multi-tool Comb.

The comb resembles an adorable hedgehog, with the comb’s teeth representing his quills while his cute little paws serve seven different functions. Open a bottle, turn a screw or bolt, stand up your phone, keep a snack bag closed, hold your money, and of course, comb your hair.

The American-made tool is laser-cut from stainless steel and then heat treated for a hardened finish that can stand up to plenty of use (and abuse!). Since it’s the same size as a credit card, it easily slips into your wallet, and with the addition of a rubber band, you can convert the Headgehog into a money clip.

The Headgehog is sure to be the cutest and most useful thing you put in your pocket.

A Pocket Comb that Fits in Your Pocket

Headgehog is a metal comb with the same dimensions as a credit card. It’s thin and durable enough to slip into a wallet, so you’ll always have access to your comb. What more could you ask for? 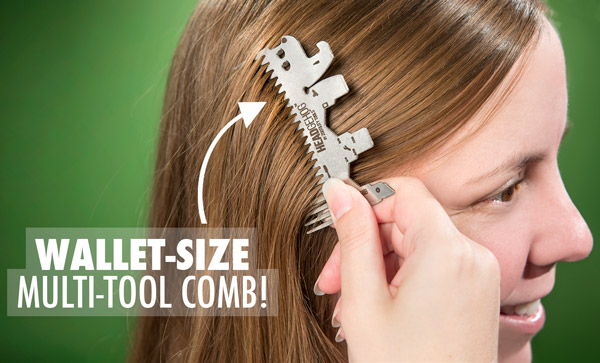 It was a rhetorical question, but sure, we can squeeze six more functions in there for ya.

Six More Functions in There for Ya

In addition to the comb, Headgehog acts as a bottle opener, Phillips screwdriver, phone kickstand, four different hex wrenches, a chip clip, and a money clip—a total of seven different tools! Now what more could you ask for? 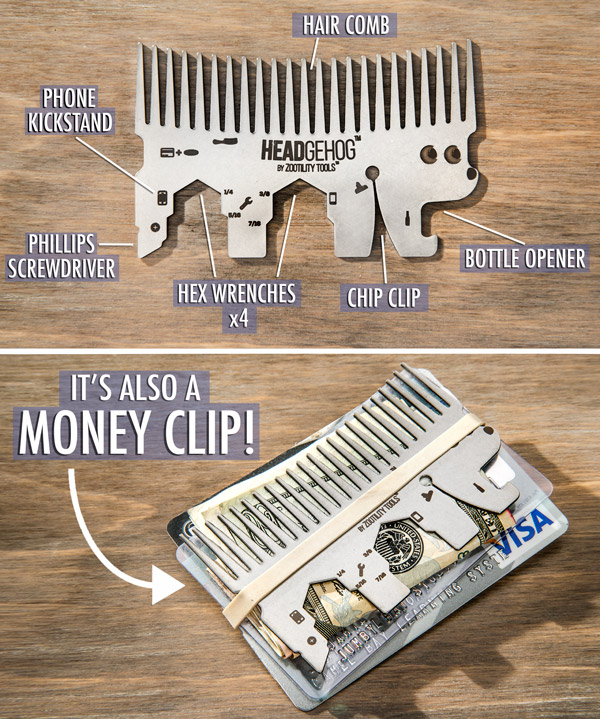 Again, rhetorical question, but yes, we can make it look like a hedgehog, too.

Laser-cut from a 1.5 mm sheet of steel and heat-treated four times, the multi-tool comb is slim enough to slip into a wallet and durable enough to live there for years. 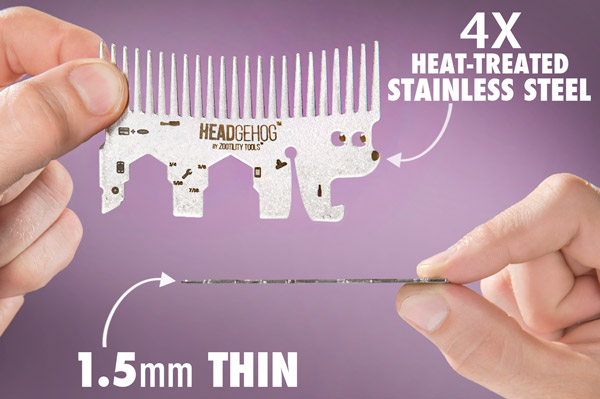 What good is a multi-tool that doesn’t do what it’s supposed to? Headgehog is a comb that does more, and it does it well.

If you come across a bolt or a screw that needs tightening, you can use one of the four wrenches or the Phillips driver to secure it without lugging out your tool chest. When you want to check out some entertaining videos, it can hold your phone in one of two different slots so you don’t have to.

And it’s an always-on-you bottle opener for when you or someone you know needs a bottle cap pried off. Plus, it’s an impromptu chip clip as well as an everyday money clip. 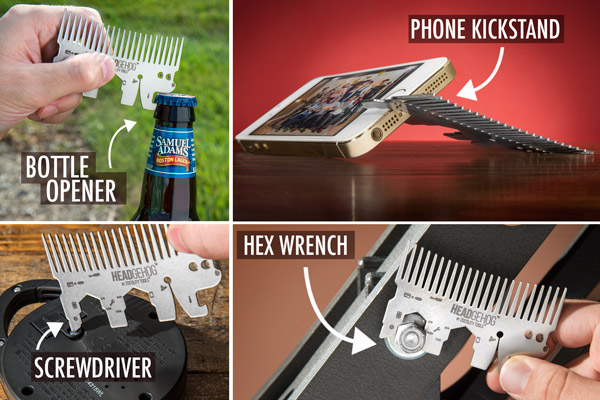 Well, it doesn’t fly on its own, but at least you can take the Headgehog on a plane. Board a jet in New York, run the American-made comb’s teeth through your ‘do in the skies, and step onto the streets of L.A. with perfectly coiffed Hollywood hair. 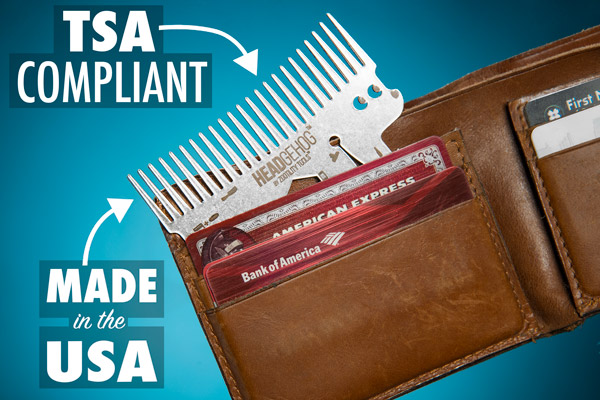 Headgehog is made in America and made to fly in America.

Question: Why is it called the Headgehog?

Answer: It has a comb for the hair on your head, and the comb’s teeth and the cuts-out on the bottom make it look like a hedgehog.

Answer: There’s not a single best multi-tool for everyone. We offer a variety of multi-tools that work for different lifestyles and have different form factors.

An adorable night light with an ingenious power switch.