Floats nearly any object weighing up to 12 ounces. $99.99
Buy Now at Amazon
Why can't I buy this at Vat19?
*Note: The product details shown on Vat19 may vary from what is available at the store(s) above.

The Levitron Revolution with EZ Float Technology is a mesmerizing way to display small objects. The device allows you to levitate and slowly rotate your collectibles, toys, small office supplies - pretty much anything weighing up to 12 ounces.

To float an object, you first levitate the included small magnetic disc. Four LED lights on the base station help guide the alignment. Next, place your item of choice on top of the disc. The Levitron automatically compensates for changes in weight by making up to 1,000 corrections per second to the electromagnets contained within the base.

It's levitation on your desk!

With the Levitron Revolution, you can float (and slowly rotate) nearly any object of your choosing.

The unit is extremely advanced in that it constantly adjusts the strength of magnetism so that adding or removing items does not cause the magnetic disc to fall. You can also spin items without fear of them falling.

Put this item on your desk and you're the king of awesome. 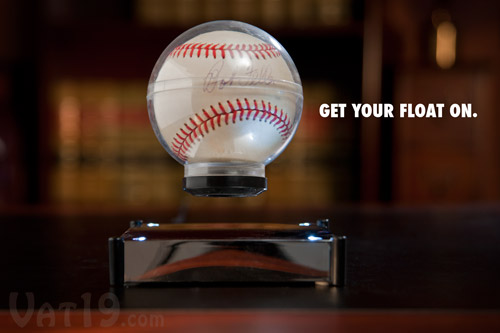 Levitate nearly any item with the Levitron Revolution with EZ Float Technology.

Float nearly any object up to 12 ounces

The Levitron Revolution can handle objects (even blatant cross-promos) weighing up to 3/4 of a pound. 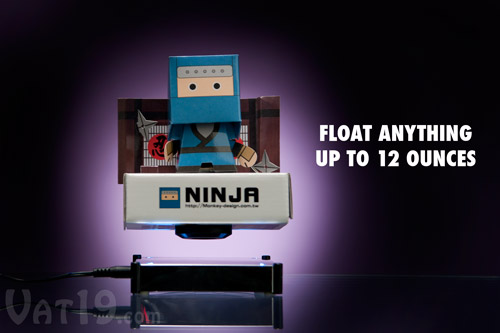 Because that ninja weighs less than 0.75 pounds, you can levitate it on the Levitron.

The Levitron Revolution creates levitation via magnetism. The base unit features magnets in each of its four corners. The processor inside continually adjusts their strength to keep the magnetic disc centered and floating.

In order to float the disc, you hold it above the unit and make small adjustments to its position until all four LED lights are illuminated. You'll feel the disc "catch" once it is properly aligned. 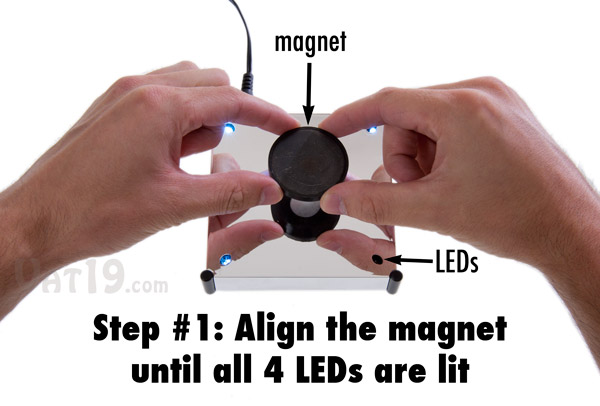 To use the Levitron, first align the magnetic disc with the aid of the four LEDs in the base.

Step 2: Place your object of choice on the disc

Once the magnetic disc is floating, you can place an item of your choosing on top of the platform. Make sure you pick out something awesome from your collection of products from Vat19.com (wink, wink). 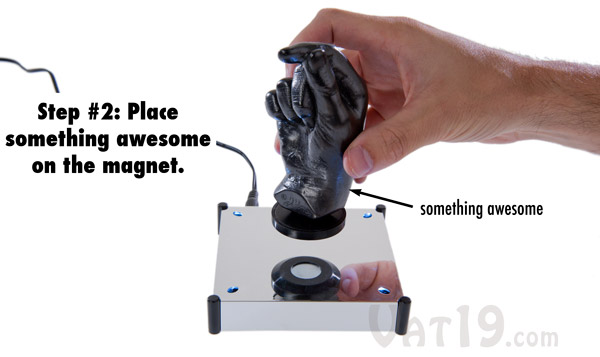 Once the magnetic disc is floating, place an item of your choosing on top of it.

Spin it, bump it, add weight to it!

The Levitron's processor constantly adjusts itself (1,000 times per second!) to keep the magnetic disc centered and aloft. So, if you add weight to it, spin the object on top of it, or bump it, the disc will remain floating. 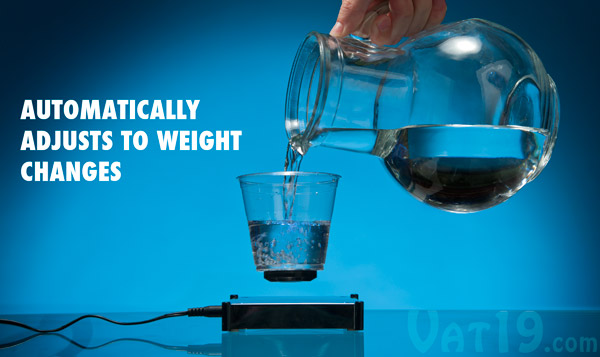 Changes in weight are easily compensated by the processor inside the base unit.

Add a whole lot of awesome to your desk!

The Levitron Revolution is an awesome gadget that appeals to everyone's inner geek. Seriously, you can float your stuff! Check out the images below. Hopefully, they'll inspire you to get your float on.

Float an endless variety of objects with the Levitron Revolution.

$99.99
Buy Now at Amazon
Why can't I buy this at Vat19?
*Note: The product details shown on Vat19 may vary from what is available at the store(s) above.

Twist and pump to switch between six different bit sizes.