Mini Firefighter: A fire extinguisher in a compact can. The compact canister contains a specially-formulated foam that expands up to 40 times its size to smother flames before they get out of control.

With a simple shake and spray, you can extinguish multiple types of fires in your kitchen, car engine, campground, or even while riding a faulty hoverboard. Once disaster has been averted, just wipe off the residue-free foam and dispose of it in the drain or trash.

It may not kick down any doors (or have a sexy calendar), but the Mini Firefighter will come to the rescue when you need it most.

Hero in a can

The Mini Firefighter is a big help that's small enough to fit into even the most crowded junk drawer.

The eight-inch canister's petite size allows you to store it wherever you need emergency protection. Throw it under your sink, in your glove compartment, on your boat, and more. From the kitchen to the campground, this accessory makes sure you don’t get burned by small fires.

The Mini Firefighter is useful for almost any type of small fire emergency that arises in your life.

In addition to working against wood, gasoline, and electrical fires, the chemical formula also puts out dangerous grease fires. Now you don’t have to worry about keeping baking soda on hand or accidentally fueling it with water. The versatile Mini Firefighter is ready to come to the rescue. 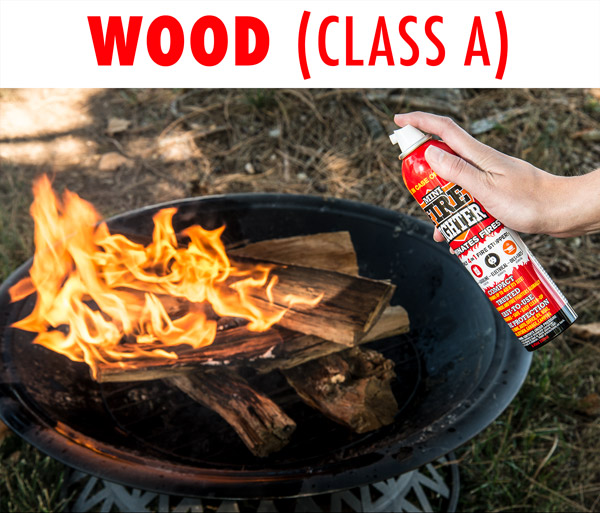 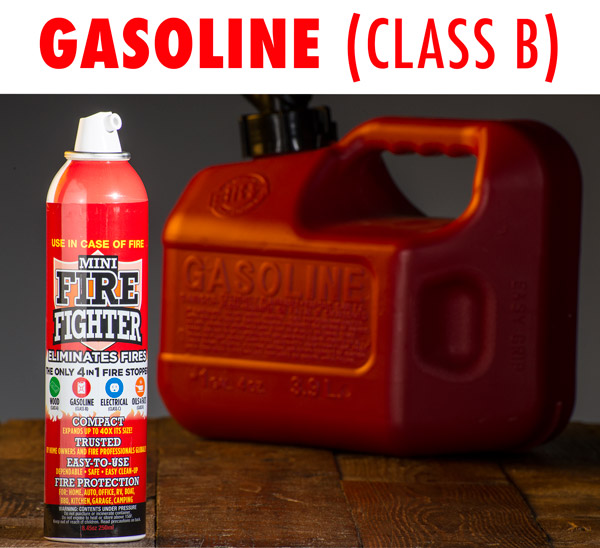 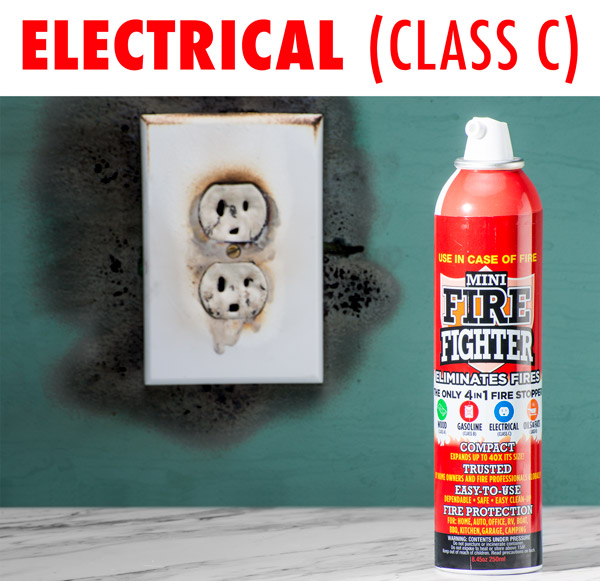 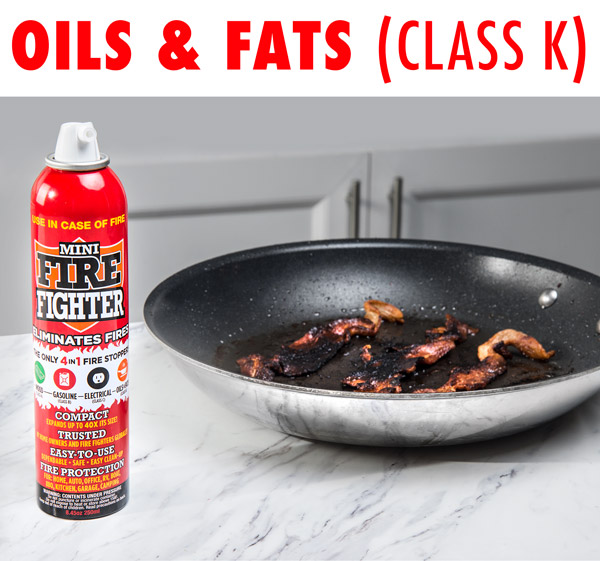 Note: Does not protect against flame wars on Twitter.

The Mini Firefighter is able to stay mini while effectively fighting fires thanks to its fast-expansion chemical formula.

After being shot from the can, the amazing foam enlarges up to 40 times its size in mere seconds, overwhelming small fires before they can do real damage. It prevents an inconvenience from becoming a disaster.

Spreads faster than a spicy meme.

Because fire spreads incredibly fast, it’s important that you can put it out even faster. That’s why the Mini Firefighter is designed to be intuitive, accessible, and easy. For starters, you don’t need to use a firefighter carry to lift it; the compact canister weighs less than a pound and can be used by virtually any member of the household.

Simply shake the can, point it at the base of the flame, and push down on the top. A small amount of pressure shoots out a burst of foam that starts suffocating the flame. Keep pressing down until your fire has been fully doused. It’s just like shooting silly string (except this could save your life). 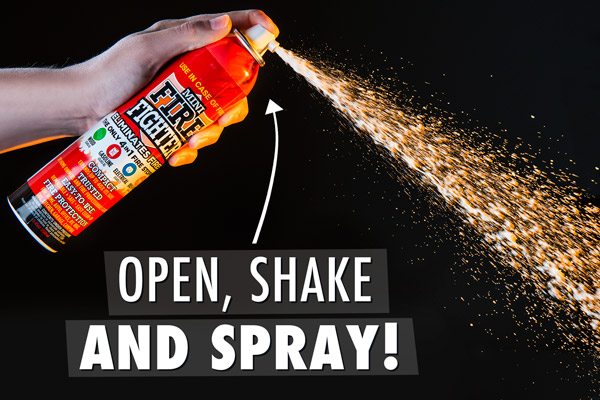 No ring to pull, just point and spray.

After a scare from a fire, you have enough to do without worrying about whether your suppressant did more damage than the flames.

The specially-designed foam inside the Mini Firefighter quickly deflates, and the residue can be wiped up with a towel. You won’t hesitate using the non-toxic foam in your kitchen, and since it’s biodegradable, you’ll feel safe using it on campfires as well. 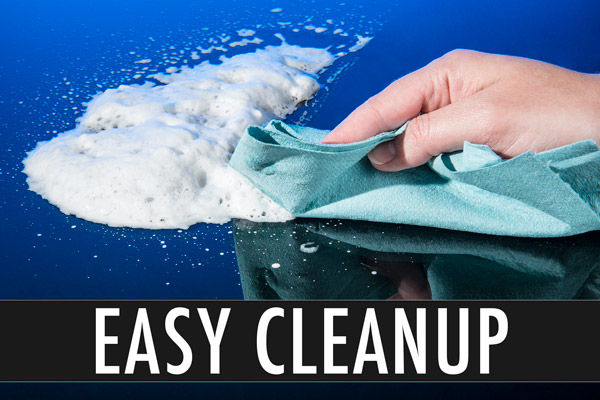 Jon and Joey, members of the Vat19 video team, take a first look at this compact fire extinguisher.

Question: Does this replace my fire extinguisher?

Answer: The Mini Firefighter is not designed to replace a fire extinguisher; it’s meant to be an easier option to use for small fires only.

Question: Is it safe to store in my car all year?

Question: What kind of “foam” is in this?