Give your next pitch a real changeup and throw a Stikball against the window. Instead of shouting neighbors and shattering glass, you'll find it harmlessly sticks!

With a squeezably soft exterior, you can bring the heat and pitch Stikball at windows, walls, doors, or any other flat thing you can find. The ball will cling to the surface with a satisfying splat until you peel it off, reshape it into a sphere, and throw it again!

For added fun, enjoy a game of catch using a Stikball with a pair of open-faced mitts designed for the task.

Stikball is a ball unlike any sports equipment you’ve played with.

Instead of leather and seams, the exterior of Stikball is a smooth rubbery surface that can adhere to just about any flat surface. Inside the ball, cork and string are replaced with a non-newtonian goo that makes Stikball splat—rather than crash through—the neighbor's window.

Now that's something you don't see every day.

Sticks but not sticky

Stikball certainly sticks, but the surface of the ball doesn't leave anything sticky.

Instead of being covered in residue-leaving mucus, the ball is designed to feel rubbery and smooth. With a squishy interior, you can throw it against a wall, and it will smush flat and temporarily vacuum seal itself to the vertical surface. Peel it off, round it back into shape, and you can get it to stick again and again.

If you find your Stikball isn't sticking as well as you'd like, rinse off the surface with water, dry it, and it will be back to its original attachable glory. 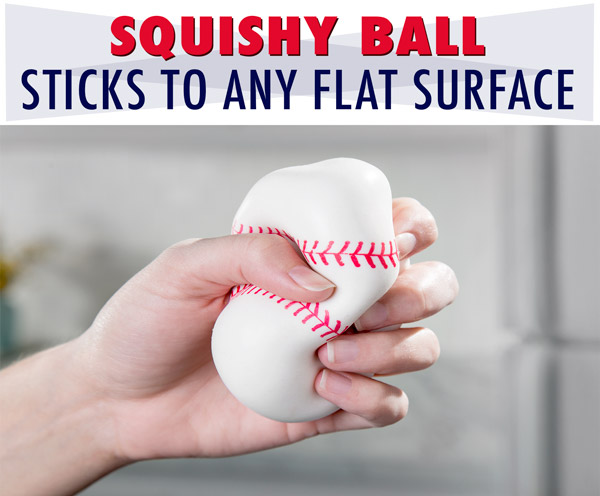 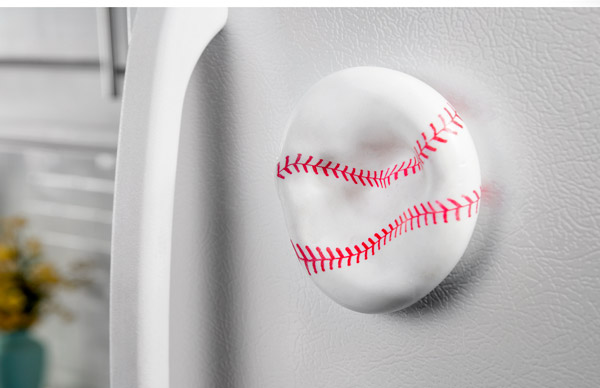 Throw it against a wall and see what sticks.

To go pro with Stikball, strap on a Stikball mitt and throw the ball around with a friend. The mitt is composed of a rigid plastic plate that straps to your palm and has a smooth, hard surface facing out to catch a Stikball fastball.

Wanna have a catch?

Question: How sticky is it?

Answer: The ball is really adhesive to walls and windows, but it doesn't leave behind a sticky residue. Awesome, right?

Question: Can I play baseball with it?

Answer: You could certainly try, but the characteristics of the ball are definitely going to change the way you play. Afterall, Stikball wasn't designed for batting, and aside from the home run fence, there aren't a lot of walls on a ball field.

A pooch that shoots balls up to 20 feet!

Sticky, squishy glow-in-the-dark toy that looks like a ghost.