Add water to make snow in an instant! This is one of the coolest products we've seen. Just mix a scoop of Insta Snow powder with water to make an eruption of fluffy snow that will not melt and lasts for weeks.

Insta Snow is safe to touch, non-toxic, and guaranteed to amaze. We've been mesmerized ever since we first laid eyes on this instant snow powder.

We love Insta Snow! It's just so darned cool. Simply put a few scoops of the Insta Snow fake snow powder into a glass, a bowl, or your hands, and add a little water. BAM! An eruption of fluffy fake snow takes place before your eyes. 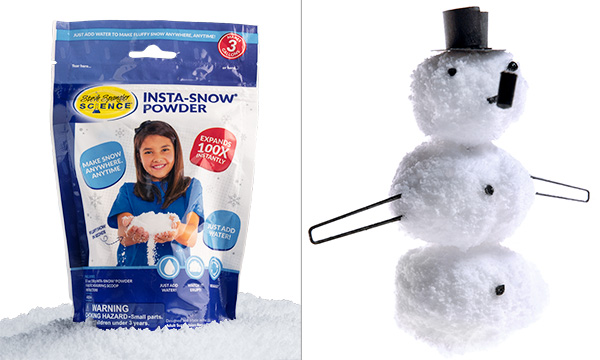 One bag of non-toxic and environmentally safe Insta Snow makes about 2 gallons of fake snow. And yes, you can make a snowman with Insta Snow fake snow.

Insta Snow fake snow powder is super fun and incredibly easy to make. Simply take a scoop (or many scoops for a cool eruption effect) and add a bit of water. Voila! Instant snow!

Just add water and Insta Snow expands to 100 times its original volume. And the coolest part is that this happens incredibly fast. It literally erupts inside whatever container you've placed the powder.  Making artifical snow is easy!

So, let your imagination run wild with all the cool things you can do with Insta Snow powder. Try putting a little in the bottom of a champagne glass (but don't drink it, of course!). Or put some in a friend's water glass and watch their amazement when they fill it up with water.

Check out the video below to see just how much Insta Snow is created by 3.5oz of the fake snow powder.

Please note: The jar in the video below has been replaced by a bag that contains the same amount of powder.

Won't melt and lasts for weeks

We've had some Insta Snow lying around our offices for weeks. And the most remarkable thing is that the instant snow feels cool to the touch even after it's been sitting out for days. It's simply an amazing product that is so much fun to play with! 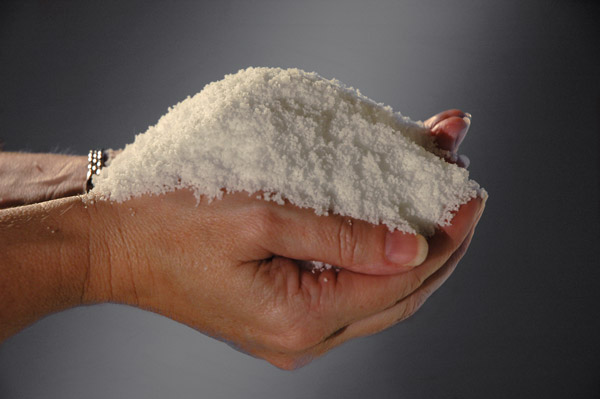 There are tons of cool uses for this realistic fake snow.

Can I make a snowman with Insta Snow?

YES! Simply put the Insta Snow into the freezer and it acts even more like real snow. So, go ahead and make your own Frosty...indoors! While the one we made (pictured below) is quite small, you could make enough snow from just one bag to create a snowman that's 18" to 36" tall. 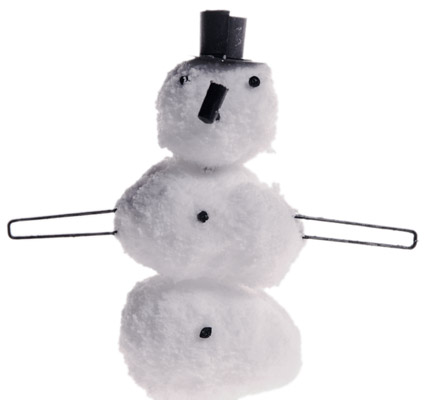 Make fake snow indoors (while lounging in your favorite t-shirt)
and then create a fake snowman. Sweet.

Can I eat Insta Snow?

Although Insta Snow fake snow is non-toxic and environmentally safe, you shouldn't eat it. We tried putting some of the powder on our tongues to see if fake snow would erupt. It didn't. And we're still alive. However, we still don't recommend trying this at home.

Amazing water-balls grow up to 200 times their original size.