Floof is a light and fluffy moldable material that sticks to itself, making it easy to pack into whatever shape you want.

Create your own sculpture by hand or simply run your fingers through the stuff. The super-soft and incredibly smooth texture means you’ll never get tired of that fantastic Floof feeling on your fingers.

Whether you throw it, squeeze it, or shape it, Floof can be reused and reshaped all year long.

We made the World's Largest Stress Ball using Floof!
Love our videos? Please subscribe to our YouTube channel:

Floof is a marshmallow-like molding material that has to be felt to be believed. This kinetic toy is as soft as a pillow, as light as a cloud, and as moldable as clay. Use it for fidgeting, building, or as a pure tactile treat. Since Floof never dries out, you can always keep some out and ready to play.

Playing in the snow is fun, but for those of us south of the Arctic, it’s not an option for much of the year. Floof has the look and packability of snow without the temperature restrictions so you can bring your winter wonderland indoors no matter the season.

You’ll have a blast waging a living room snowball fight, building a little Floof fort, and packing miniature snowmen. Just make sure to find a nose, hat, and eyes for your Floof Frosty! 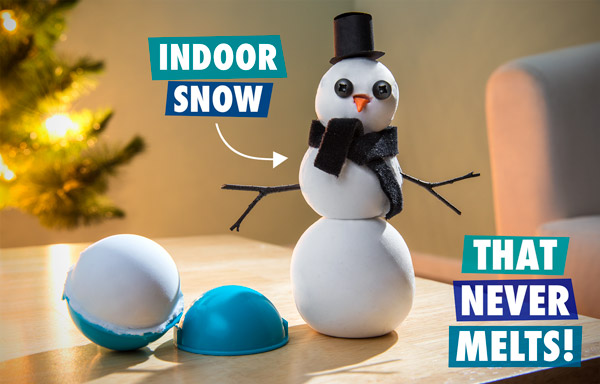 Winter is coming… whenever you want!
Snowball molds pictured above are NOT included in Bucket of Floof.

With its sculptable consistency, Floof is a great way to scratch your artistic itch. Have fun making temporary crafts, then smush ‘em up and create something new. You can use a mold to make shapes or engage in freeform Floof-ing and let your creativity run wild. 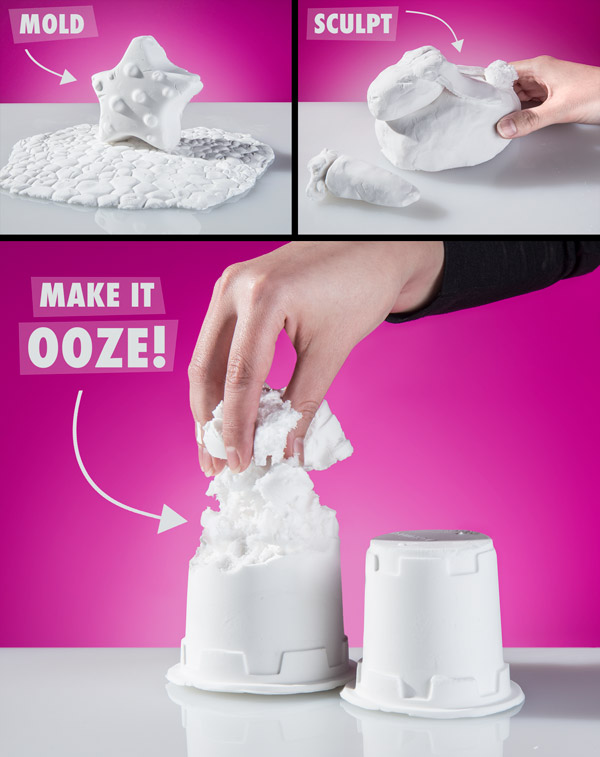 Floof is easy to sculpt and shape.

One of the best parts of Floof is that it naturally clumps together for quick cleanup. So go ahead and dump the whole bucket on the table or have a full-scale Floof fight. When the fun’s over, just grab a small handful and use it to pick up any stray debris.

De-Floof your floor with Floof.

A bucket of fun

The Bucket of Floof includes ½ pound (240 g) of Floof. That’s plenty of the fun stuff to get you started building and playing. And since it’s non-toxic, play time will always be safe. 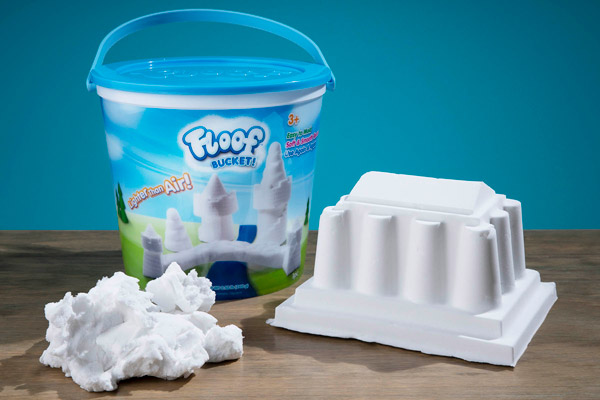 Includes half of a pound of fluffy Floof!

Answer: Floof can be used in some of the same ways as our kinetic sand, but it has a texture all its own. Floof is much softer, fluffier, and not granular.

Question: Does this leave a residue?

Answer: Floof doesn’t stick to surfaces but will leave a slight residue on your hands. This residue easily wipes away.

Question: What happens if I eat some, 'cause it looks so tasty?

Answer: Although it’s non-toxic, please don’t eat Floof. It will not taste as good as it looks.

How does it compare to Vat19's other kinetic sands?

Great question! Check out the video below to watch us compare and contrast Sånd, Floof, Mad Mattr, and Glow in the Dark Sand.