Pull and cut transparent tape with one hand. The Handheld Automatic Tape Dispenser cuts equal length strips of transparent tape with a single squeeze of the trigger.

Tucking a corner of wrapping paper over a package and holding it in place with one hand makes tearing off a piece of transparent tape with the other hand an awkward maneuver. The Handheld Automatic Tape Dispenser comes to the rescue by spooling out and cutting a perfect-length piece of tape with one swift motion.

For a custom length of tape, squeeze the trigger, pull out the desired amount of tape, and release. Since the blade is housed internally, you’ll never accidentally cut yourself.

Seal envelopes, hang children’s art work, and keep everything together with the Handheld Automatic Tape Dispenser.

Give yourself a hand

The Handheld Automatic Tape Dispenser only requires one hand, so you can use the other for creasing your gift wrap, holding up art work, or playing a game.

Squeezing the trigger of the dispenser pushes out a piece of perfect-length tape, and releasing the trigger causes an internal blade to cut it. Check out the short video below to see it in action!

The Handheld Automatic Tape Dispenser spits out and cuts tape with a single squeeze.

Dispense the right length of tape for the job

Every time you squeeze and let go of the Tape Dispenser, it spools out a piece of uniform-length tape about 1¾" long. That’s great for most applications, but sometimes you need a longer piece. Luckily, the Automatic Tape Dispenser can handle that. 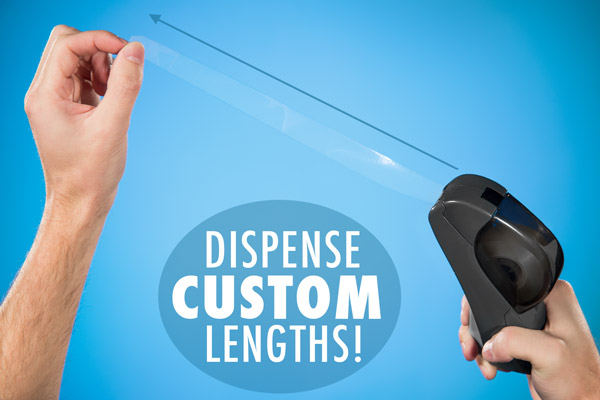 The Handheld Automatic Tape Dispenser isn't a disposable tool. Once you've used the included roll, you can easily reload it with a refill of any standard size of transparent tape and keep on tapin'. 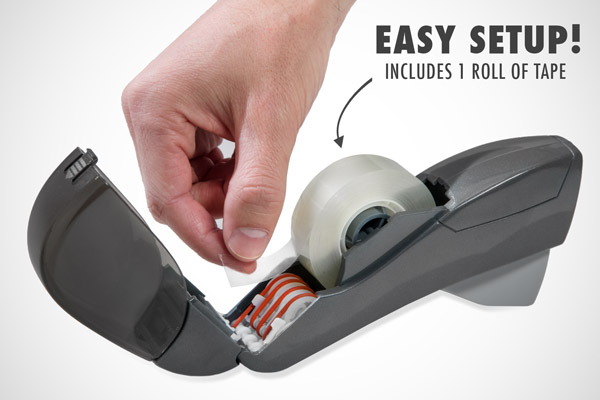 The most useful tape dispenser ever

Of course there’s room in life for whimsical, cute tape dispensers, too. But when it’s time to get down to business, you’re going to want to grab the one-handed, dust-free, no-battery, internal-blade tool that spools and cuts tape with a single action. 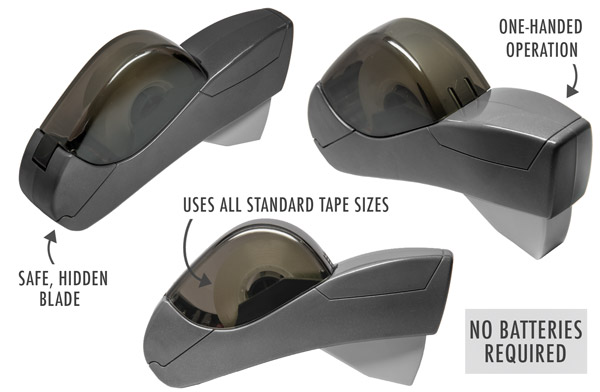 They thought of everything.