Build good or build evil—it’s your choice with Transformers Metal Works models. These Autobots and Decepticons come as flat sheets of laser-cut steel that you punch out and assemble into 3D models of the famous toys.

Each piece of the set is easily removed from its sheet and then assembled via a simple slot and tab design. When complete, the miniature metal sculptures will sit just over three inches tall and protect your work, home, school, or planet.

Choose between good Autobots like Bumblebee or Optimus Prime, or select the fearsome Decepticon leader Megatron.

Each sculpture will take a few hours to transform into robots that live amongst us.

More Than Meets the Eye

If you’ve seen pictures of fully assembled Transformer Metal Works figures, you probably would not have guessed that they came from flat sheets of metal. Just like the characters in the show and movies, these bots will transform, but they need a little help from you.

Pop out the laser-etched pieces, then bend and fold them to assemble super-cool models of these intergalactic robots. 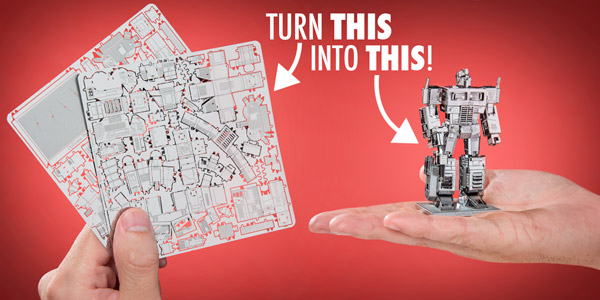 From the windshield wipers on Optimus, to the headlights on Bumblebee, and down to the evil grin on Megatron’s face, these bots have incredible detail you can see up close. Friends or coworkers will marvel at the intricate piece that you built. Just be wary, ‘cause they might be decepticons. 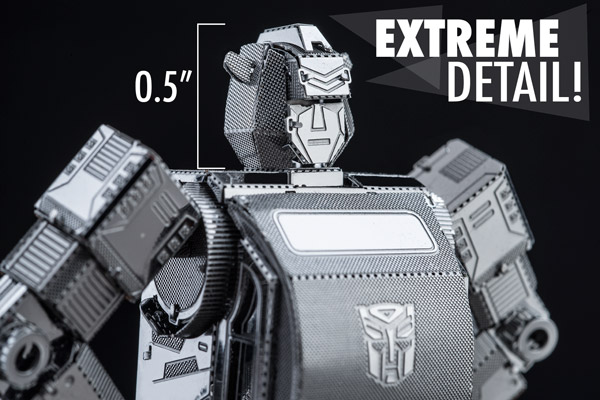 There's a lot of laser-etched detail packed into a small space..

We all know that the greatest thing about the Transformers was their ability to... well, transform. And transforming these flat sheets of steel into amazing metal models is a major part of the fun! Using just your hands and some tweezers, you can follow Optimus’ order and assemble these Autobots and Decepticons with ease.

The individual pieces lock together with slots and grooves, while the tweezers will help you bend and fold pieces to get the exact shape needed. Soon enough, these mighty mech warriors will be ready to display in your home or office. 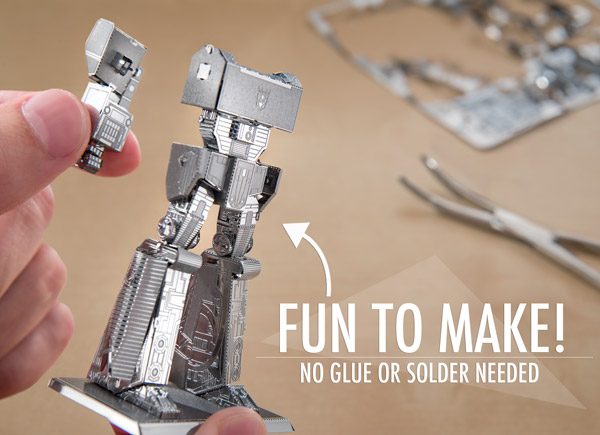 Get building; the human race needs you!

No Disguising These Guys

When these bots aren’t busy battling, they look downright robosexual. The polished steel pieces catch the light making them nearly impossible to hide on earth. Just try to turn into a car, Bumblebee—we’ll still know it’s you!

The officially licensed replicas are stunningly detailed from front to back, and each character sits atop a small stand with their respective name etched on the front. When built, let these sentinels guard your most precious things... like your stapler! 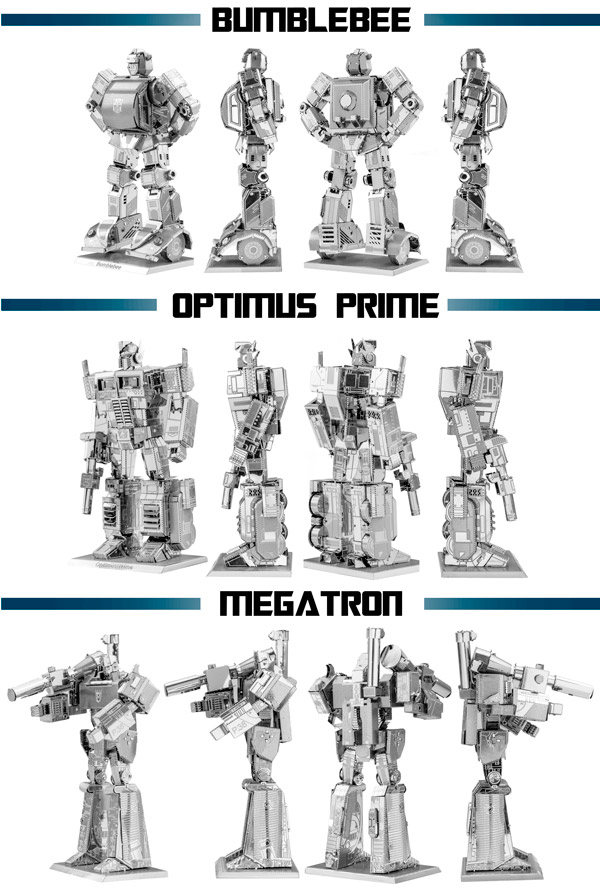 Question: How long will it take me to build these?

Answer: We found it is best to be patient when building and use a set of tweezers for the small parts, but it should take you between 3 to 5 hours to build a single Transformer.

Question: Are they modeled after the Michael Bay movies or the TV show?

Answer: These bots are replicas of the TV show made popular in the mid-eighties and early nineties.

Question: Will they transform into their disguised modes?

Answer: No, once you assemble them, they will remain in their true robot form. Which would you rather have on your desk: a dusty old car or a sentient robot from the planet Cybertron?

A volcanic archaeological dig for treasure!