The Bandit Gun Rubber Band Shotgun is comprised of a series of laser-cut wood pieces that are easily assembled using a small set of plastic fasteners. No tools or glue are required!

Each DIY Bandit Gun comes with a package of 100 rubber bands. Ages 5+.

The first and last rubber band gun you'll ever need

The Bandit Gun is the coolest rubber band gun we've ever seen. It's the DIY project (but not the kind that will drive you crazy) that yields a pump-action shotgun shooter with an ingenious ratcheting system.

She looks cool, works great, and best of all she fires our favorite brand of office ordnance: rubber bands! 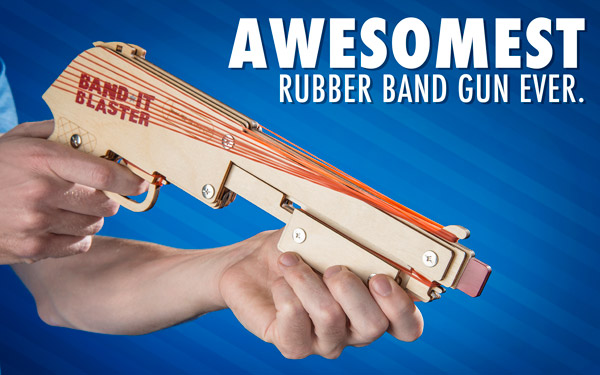 Your Bandit Rubber Band Gun comes as a kit featuring about a dozen laser-cut wood pieces, a handful of plastic fasteners, and a few rubber bands for tensioning (not pictured below).

Assembly requires nothing more than a set of hands, ten minutes, and the ability to subdue the urge to scream, "Say (h)ello to my little friend!" when complete. 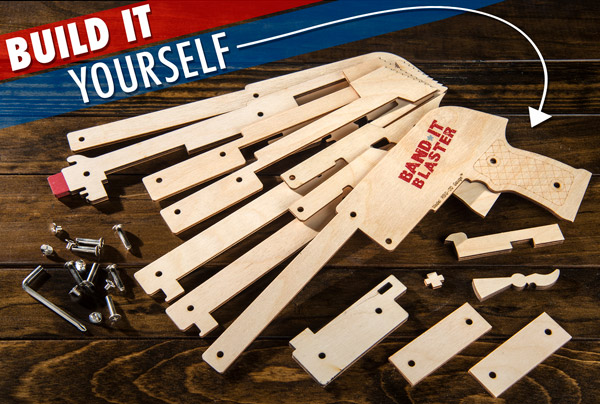 The true genius of the Bandit Gun Rubber Band Shotgun is its ammo ratcheting system.

The notched stock holds ten rubber bands which are advanced toward the trigger release with each pump of the gun's handle. This allows the gun to provide three different methods of shooting! 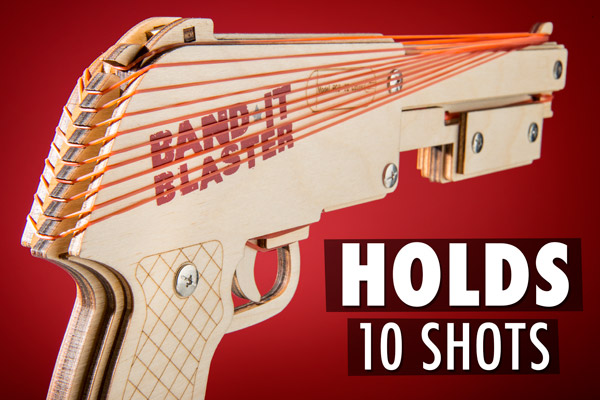 The Rubber Band Shotgun can be loaded with up to 10 rubber bands.

The Bandit Gun Rubber Band Shotgun allows for three different methods of shooting. Check out the video below to view all three in action! 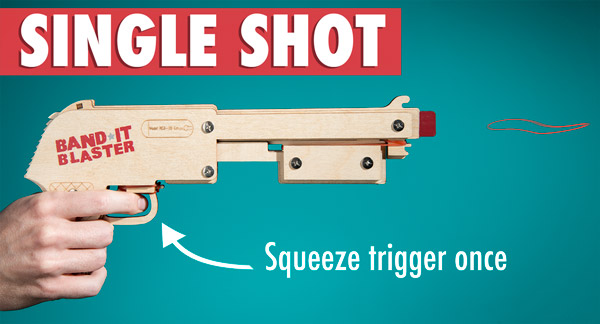 Once you load a rubber band to the top of the ratchet, simply squeeze the trigger to fire. 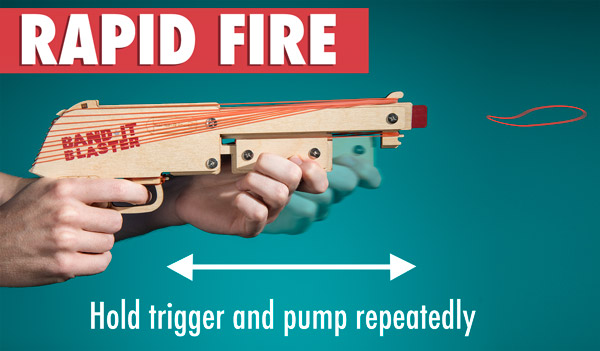 Keep the trigger depressed and slide the actuator to rapidly fire shots. 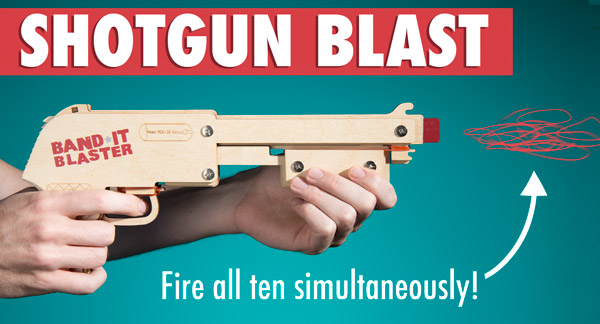 Repeatedly pump the actuator to "chamber" all the rubber bands at once.
When ready, pull the trigger to release all rubber bands in one shot. 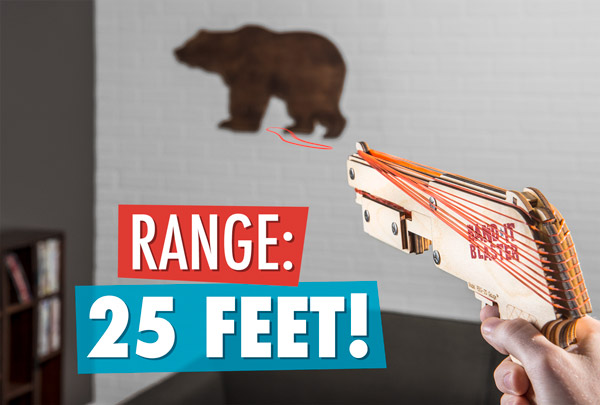 Attack inanimate enemies from up to 25 feet away with the Bandit Gun Rubber Band Shotgun.

Includes everything you need

Please note that additional bags of rubber bands can also be purchased. 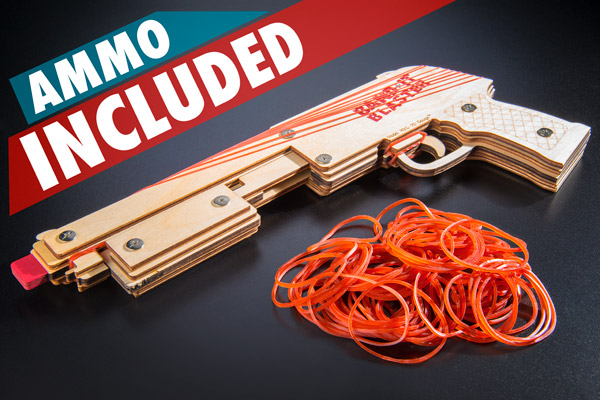 Answer: We don't think so. But if you'd like to send us a note full of your righteous indignation, please address it to [email protected].

In all seriousness, we think that Gun Bandit Rubber Band Shotgun promotes band violence. This could be a good thing considering the likes of... joke coming! ...One Direction.

Question: Can I use any type of rubber band?

Question: Why are the included rubber bands colored green?

Answer: So they're easy to find!

Question: Will the Gun Bandit cause serious bodily harm?

Answer: There's no denying that a rubber band, if used improperly, could cause a bit of a sting. That being said, the amount of potential energy that can be stored in a rubber band before it will snap cannot be increased by the use of any rubber band gun.

Simply put, the Gun Bandit Rubber Band Gun can't fire a rubber band with any more force that you could do on your own with just your hands.

Question: Is this appropriate for the office?

Answer: It'd be inappropriate if you didn't have this at the office. So, buy, buy, buy!

Shoot marshmallows up to 40 feet!