$25.99
Buy Now at Amazon
Why can't I buy this at Vat19?
*Note: The product details shown on Vat19 may vary from what is available at the store(s) above.

Bing Bang Bounce is a ball-launching action-reaction challenge, where hitting a target sets off the next shot.

Strategically set up the targets to create a series of trick shots. Then fire a ping pong ball from the launcher to set off the chain reaction of bounces that ultimately launches a ball into the Victory cup. You’ll need to make adjustments to dial in your shot, so the altitude of a launch can be adjusted with a click, and each piece can be turned just-so to make a successful swish.

Create your own custom course and push the launch trigger for a baller Bing Bang bonanza!

Bing Bang Bounce lets you set up elaborate chain reactions any way you want. This isn’t a typical game with a preset board and strict rules. Rather, this is an open-ended challenge to your creativity.

The game can be played by yourself or cooperatively with as many friends as you can find to assist. You’ll have fun arranging the cardboard targets to launch a series of shots ending in a triumphant lob into the victory cup.

Getting it right feels so good.

Fire on all cylinders

Each reaction starts with the blast-off launcher, which fires its ball when you press the ejector button. The launched ball flies to hit the next target, triggering the launch of a new ball. End your course with the victory cup which contains a smaller target that sets off flashing lights and a siren when hit.

Don’t worry if your shot doesn’t land on the first try; part of the fun of Bing Bang Bounce is figuring out the adjustments you need to make to get everything lined up. The launchers have 180 degrees of motion so you can find the right trajectory to perfect your chain reaction. 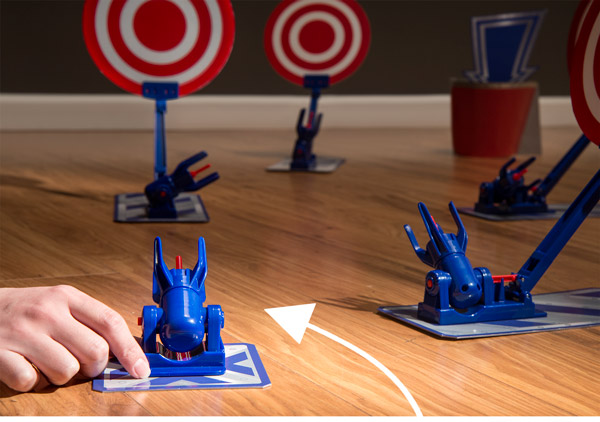 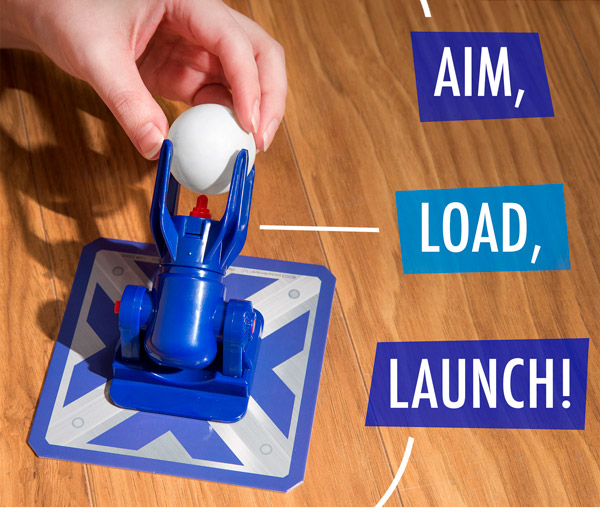 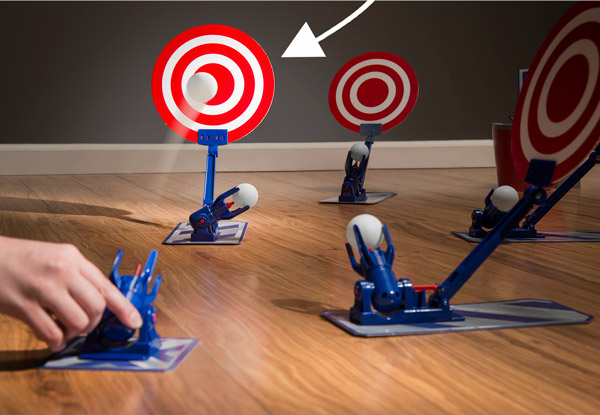 Bing Bang Bounce is about customization, giving you the tools to play any way you want. You can try your hand at target practice by setting up the victory cup and using the blast-off launcher to test your accuracy from different distances and angles.

You can also see what kind of crazy chain reactions you can set up using household features to get creative. Can you launch the ball off the wall, triggering another ball to shoot down the stairs and into the victory cup? Have fun seeing what crazy courses you can come up with! 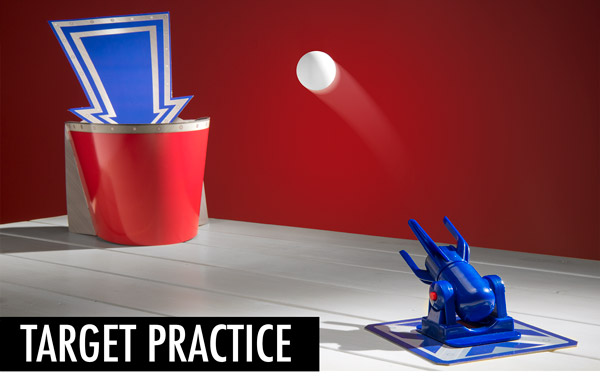 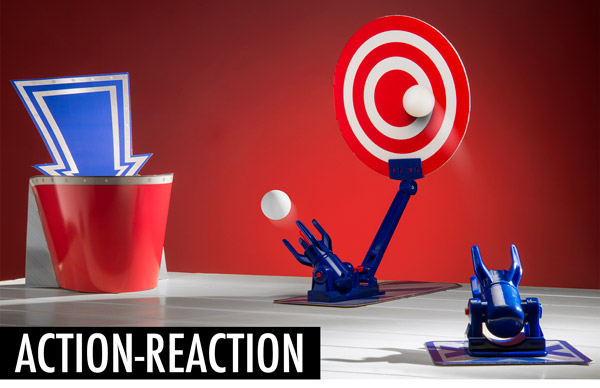 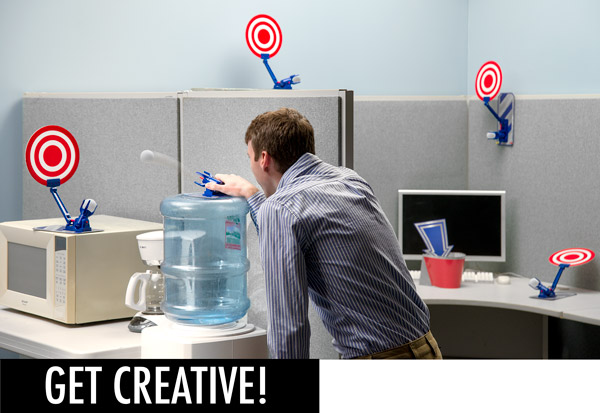 Your only goal is accuracy.

The cardboard victory cup quickly assembles and attaches to the celebration target, which uses three AAA batteries (not included) to start off a wild celebration. The game also includes six balls so you can start firing! 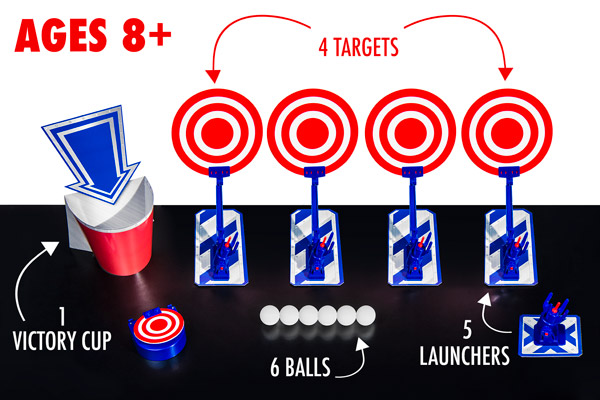 Question: How big are the targets?

Question: Can I substitute different ping pong balls or other objects?

Answer: The Bing Bang Bounce launchers will fit any standard ping pong balls. You’re welcome to try any other similarly-sized ball, but you may have trouble achieving suitable distances with heavier objects.

$25.99
Buy Now at Amazon
Why can't I buy this at Vat19?
*Note: The product details shown on Vat19 may vary from what is available at the store(s) above.

A gel-filled action figure that stretches 4x his size!