Neatly organizes up to 30 keys with built-in LED lights. $12.99
Buy Now at Amazon
Why can't I buy this at Vat19?
*Note: The product details shown on Vat19 may vary from what is available at the store(s) above.

Eliminate your bulky keychain with the uber-functional Key Ninja.

The Key Ninja organizes your keys like a Swiss Army knife, preventing them from becoming a huge wad of metal in your pocket. And despite its slim, half-inch thick silhouette, the Key Ninja can expand to fit up to 30 standard house keys.

The handy tool also boasts built-in dual LED lights (so you can see your lock at night) and a bottle opener because you never know when a cold one might come your way.

An included "S" hook ensures you can attach a larger key fob.

A traditional key ring causes your keys to bunch up, turn sideways, and jumble into a bulky mess in your pocket. The Key Ninja organizes that mess into a sleek compact form factor that is easy to slip in and out of pockets.

The Swiss Army-like style of organization stacks the keys so they remain flat. When you are ready to use them, just flip them out. 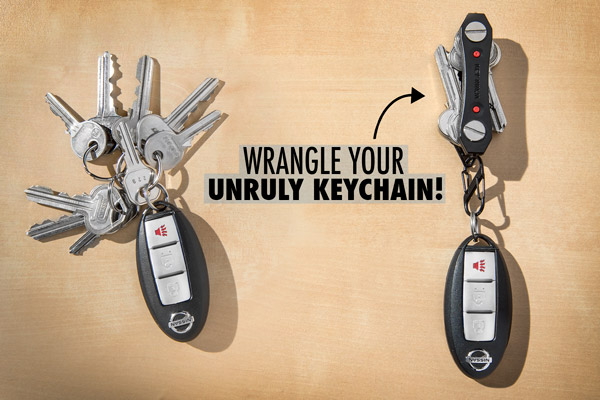 The form factor is key.

Light up the lock

When you get home late at night and are ready to just hit the hay, you probably don’t want to waste time trying to find the keyhole. The Key Ninja is equipped with LED lights at each end of the tool, making your nighttime entry hassle-free. 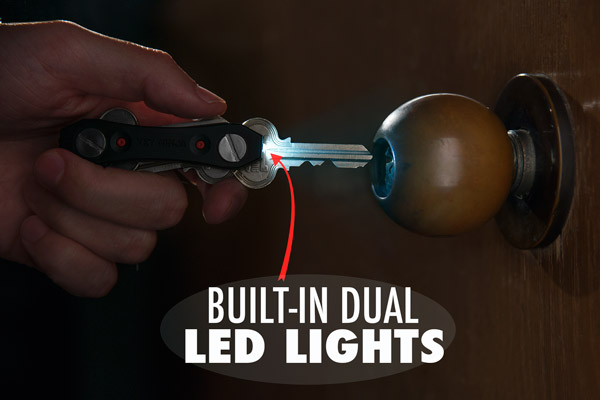 Key Ninja is your key to getting in your house at night.

Can hold enough keys for a mansion

If you happen to own a giant house or a dozen properties, the Key Ninja has you covered. With the included expansion pack, you can add up to 30 keys! Just add the additional posts and spacers to customize it to your desired amount of keys.

One of the key points is being able to expand.

Is that a bunch of keys in your pocket or...?

Would you rather carry around a piece of paper that has been folded in half or one that has been balled up? Well, the same idea applies with the Key Ninja. It keeps your keys flat and easy to slide in and out of your pockets.

If you prefer to keep your keys on your belt loop, the Key Ninja will eliminate the jingle-jangle noise the keys make when walking. Unless you are someone's house pet, nobody needs to know where you are at all times. 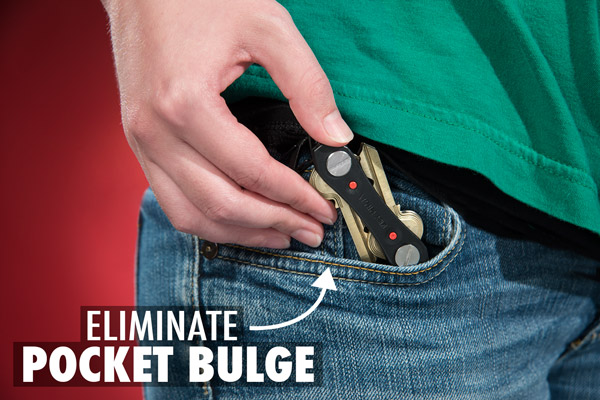 The Key Ninja's slim design makes it easy to slide in and out of even the skinniest of jeans.

S is for Smart

Not every key will fit inside the Key Ninja. With the included S-hook, super large keys and fobs can live alongside your stealthy key organizer in perfect harmony. 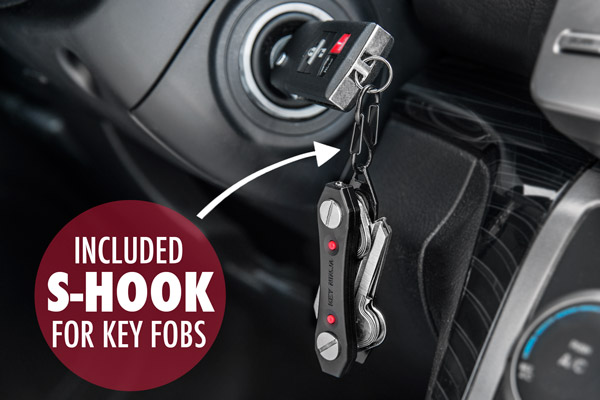 Use the included S-hook for larger keys and fobs.

Unlock a cold one

Look! Bonus tool! The bottom of the organizer is made of steel and has a slot so you can crack open a bottle wherever you are. 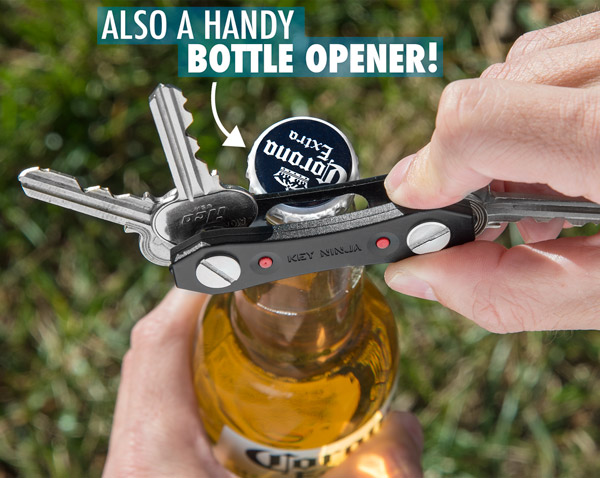 It has a bottle opener too. That’s key.

Question: You also sell the KeySmart, what’s the difference?

Answer: The KeySmart is a bit thinner than the Key Ninja because it lacks the built-in LED lights. The Key Ninja also adds the bottle opener.

Question: I have some pretty odd shaped keys, will they work?

Answer: Most household keys will fit in the Key Ninja as long as they’re flat.

$12.99
Buy Now at Amazon
Why can't I buy this at Vat19?
*Note: The product details shown on Vat19 may vary from what is available at the store(s) above.

Store cash for an emergency in this waterproof capsule.