Throw Throw Burrito: A card game that combines frantic matching with dodgeball!
Valentine's Day is coming! You can still get your order in time! Click here for more details.

A card game that combines frantic matching with dodgeball! If you've ever dreamed of beaning friends and family with a Mexican meal, then Throw Throw Burrito is the party game for you.

In this card-collecting game, certain card matches cause the game to switch to dodgeball mode, where it's a free-for-all of flying food. Luckily, the burritos are made of a squishy foam that won’t hurt your opponents and probably won't break your stuff either.

Made by the same folks who brought you Exploding Kittens and featuring hilariously weird illustrations from the guy who draws the Oatmeal webcomic, Throw Throw Burrito is sure to make your next game night a food fight fiesta. 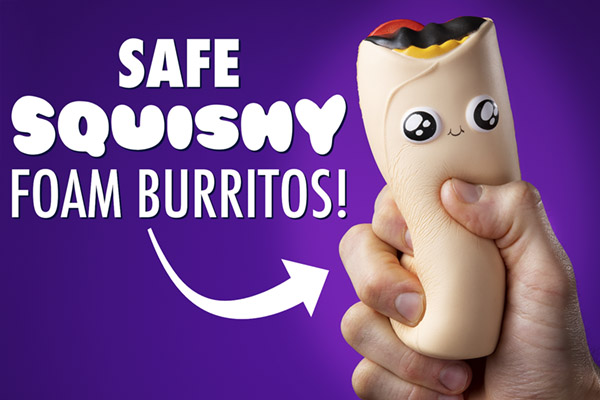 They don't hurt, and they don't stain! 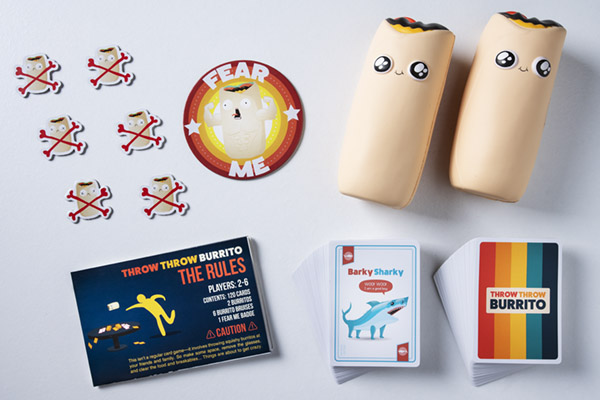 The game includes a full helping of fun.
Love our videos? Please subscribe to our YouTube channel:

A game that goes with guac

Spice up game night with Throw Throw Burrito, the dodgeball card game where you bean your friends with burritos for fun. The match-three card game has no turns, so help yourself to a new card as quickly as you can pick it up, stuff it into your existing hand, and discard the leftovers. Keep in mind that everyone else at the table is serving themselves at the same time, so be quick. You gain points for every match you make, and some of the matches trigger a food fight. Once a battle match is found, the card collecting stops and the Mexican food standoff begins.

There are three kinds of matches: a burrito brawl, where the people to either side of you have to grab one of the squishy burritos and chuck the chuckwagon staples at each other; a burrito war, where everyone else at the table gets in on the action; and a burrito duel, where two unlucky souls have to pace it out, turn, and throw their pinto-themed projectiles.

Any time you get pelted with a burrito, you lose a point. Luckily, the burritos are made of squishy foam, so the only things hurt are your pride and your score. Once you've had a taste of the frenzied action, you'll be hungry to play again and again! 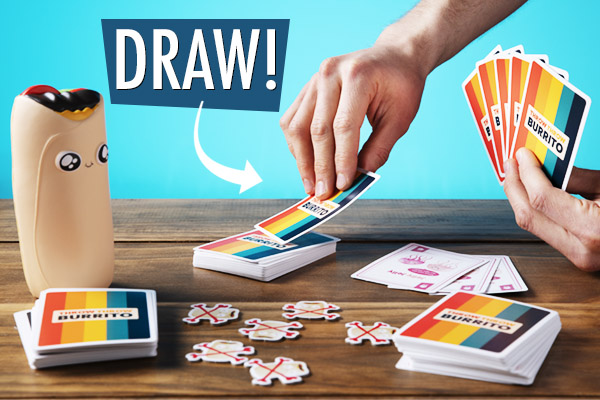 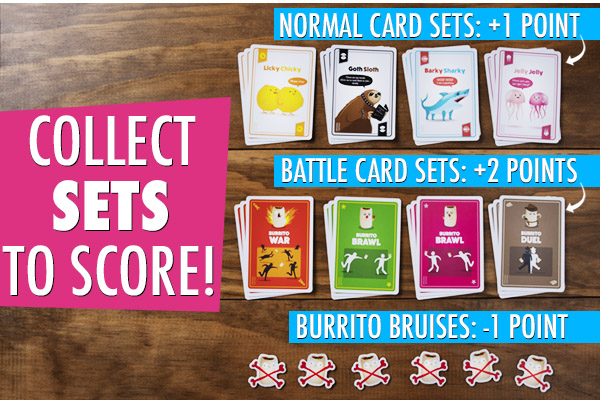 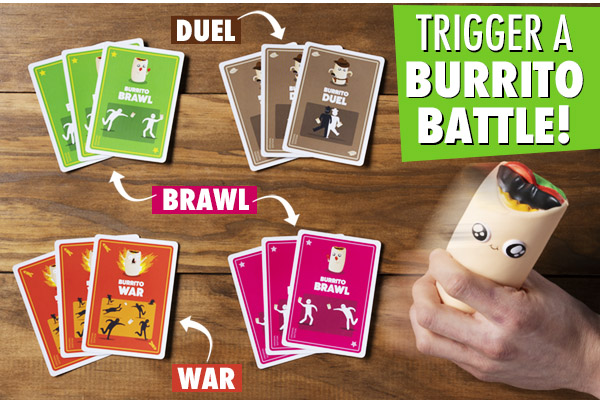 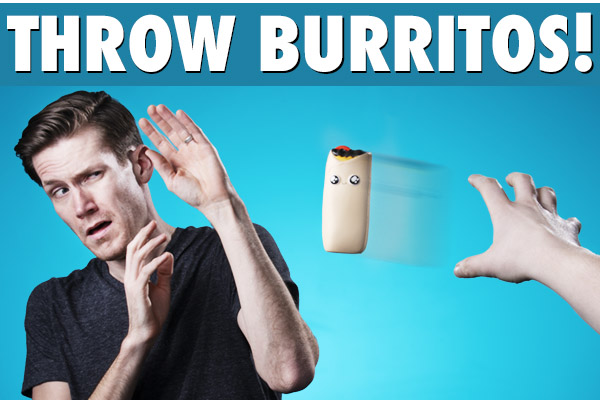 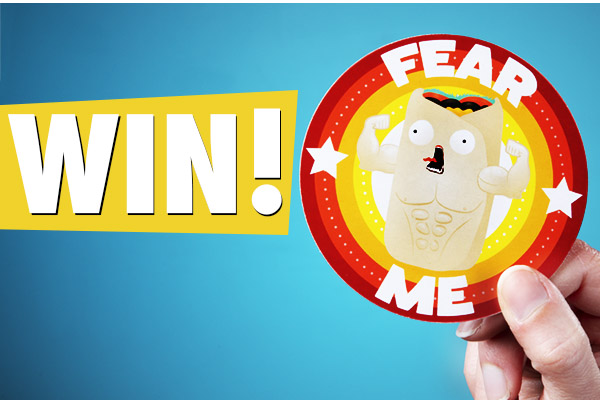 Question: What flavor of burritos are they?

Answer: They're not for eating; they're for throwing!

Question: Is this more for kids or for adults?

Answer: The game is silly, but it requires enough skill for older players to find it fun too. The manufacturer recommends it for anyone over the age of 7.

Can you figure out which player is bluffing?

Act out charades with a blow-up buddy.