The Not-a-Cat Cat: The World's First Cat That Isn't.
Want to meet the Vat19 Crew? Book a tour today!

The World's First Cat That Isn't. The Not-a-Cat Cat is the world's first cat that's not-a-cat. Pretty simple really. Is it a cat? Yeah, of course it is. It's just not-a-cat.

Okay, let's start at the beginning. A cat is a cat. The Not-a-Cat Cat is a cat that isn't. Some of its famous attributes include: luxurious long fur, cuddletude, sticktutiveness, synergy, moxie, an extra ear and noise making. Are you a Not-a-Cat Cat person yet?

The Not-a-Cat Cat is stuffed with foam beads instead of traditional poly-fill stuffing for a truly ambiguous shape. The "stuffed" also features luxuriously long fur that leaves you questioning its mortal existence.

When the bonus ear is pressed, the little furblob produces a noise similar to a meow, but don't call it a meow because it's not-a-cat.

The Not-a-Cat Cat resembles a peaceful kitty curled up on a couch for a little cat nap, but the truth is, it can’t nap—because it’s not a cat. 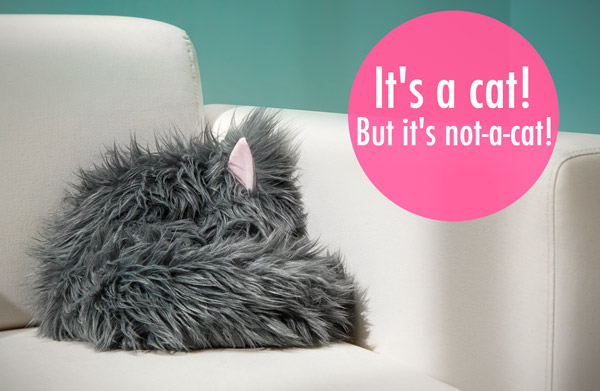 Look at that adorable Not-a-Cat Cat existing on that couch.

The concept of the Not-a-Cat Cat is a tough one, so we’ll help you out with a traditional Venn diagram. Take a second and picture a cat. Now picture not a cat. Combine those two ideas and you’ve got it!

The Not-a-Cat Cat isn’t just the world’s first “stuffed” animal, it’s also a way of thinking. Once you’ve realized that your furry ball of wonder can be something and not something at the same time, a whole new world will open for you.

You don’t let labels define who you are, so why should your stuffed friend let the world tell it what it is or isn’t? 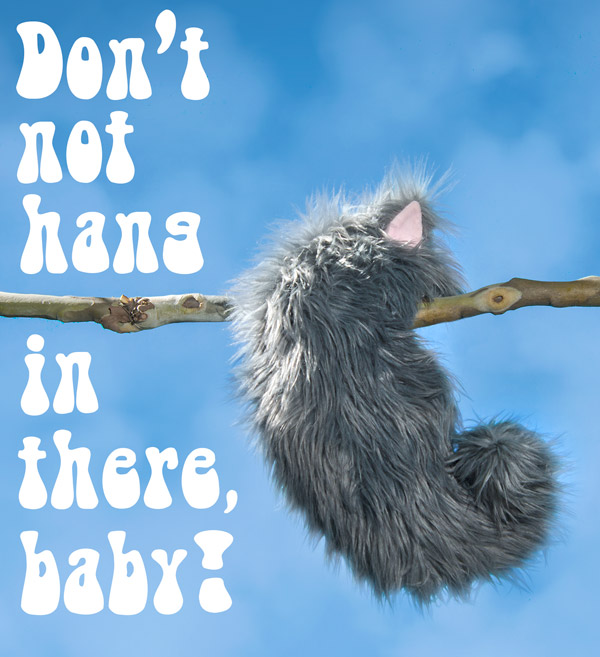 Truer words have never been printed.

2 Years Not in the Making

The legacy of the Not-a-Cat Cat is a long one told through several Vat19 videos over the last two years. The first sighting was in the 7 Year Pen video as a product sold at Vat19 in the future (making its actual genesis five years early). From there it made cameos in videos for the Four Leaf Clover, the Double Rainbow Maker, and more.

The momentum to produce the first ever stuffed built to such a crescendo that a prototype had to be made. Whiskers, eyes, a tongue, ears, and other cat-like features were added and subtracted throughout the development process. When a given feature turned the Not-a-Cat Cat into a cat, it was immediately removed to make sure it was not. Then a feature would be added to make sure it was still a cat.

Soon a Kickstarter campaign was launched to produce the first not-a-litter litter. The project surpassed its $10,000 goal quickly and went on to receive $20,000 worth of Not-a-Cat Cat preorders. With the pre-orders in place, there was enough funding to find a manufacturer and mass produce the prototypes that had been made locally. Now, in the flesh...err...fur, the Vat19 exclusive, the Not-a-Cat Cat. 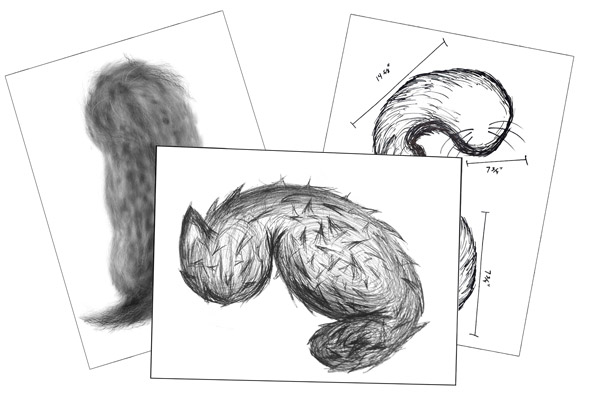 The people have spoken, “Make the Not-a-Cat Cat!”

If a tree falls in the woods and nobody's around to hear it, does it make a sound? I don’t know, but if it does, it can’t be nearly as strange as the sound the Not-a-Cat Cat makes. The unique sound is produced when you squeeze the bonus ear. The cat that’s not a cat emits a strange cat-like noise that, if spelled, might look like, “Meoarawlorff!” 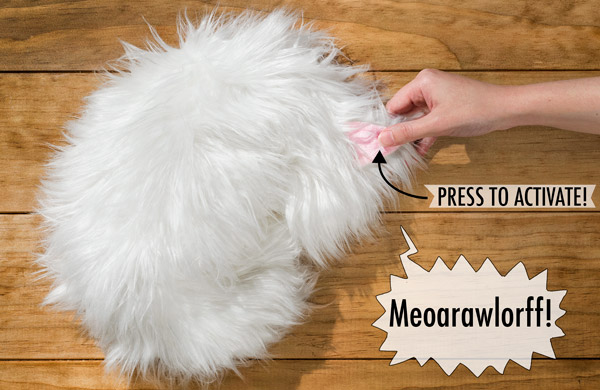 It sounds like a cat, but it definitely is not a cat.

When it comes time to choose a pet, it’s always a tough choice. With the Not-a-Cat Cat, you have the choice between a glorious grey model or the whimsical white version. Each guy/gal/it has the same luxurious long fur and noise-making capability. 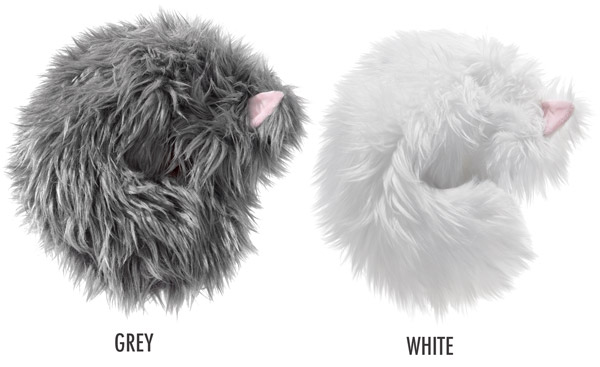 The Not-a-Cat Cat is a whole new type of plush toy, so when it comes to explaining to friends and family what it is, some people just won’t get it.

One thing we have discovered: a young, creative mind will understand the beauty of a cat that’s not a cat instantly. What’s not to love about this huggable, soft, furry, non-animal animal? 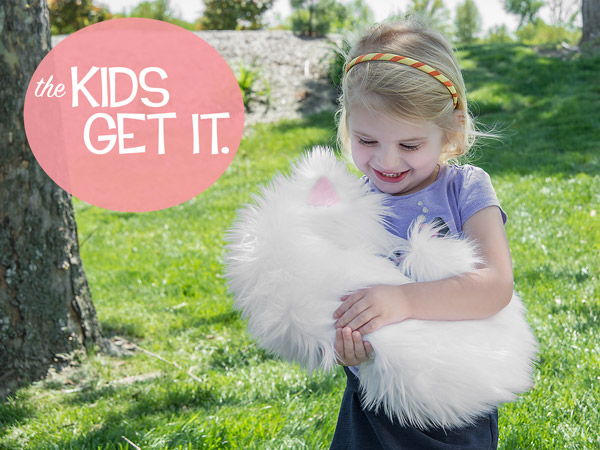 Question: I don’t get it. Is this thing a cat?

Answer: Yes, it isn’t. The only reason people mistake the Not-a-Cat Cat for being a cat is the fact that it’s a cat.

Question: Will the Not-a-Cat Cat sit in my lap?

Answer: It can’t sit because it’s not a cat. The Not-a-Cat Cat will exist in your lap if you sit down and put it there.

Question: How do I make my Not-a-Cat Cat not meow?

Answer: To get your Not-a-Cat Cat making its bizarre noise, you will need to locate the seam on the back-like-part. Open the magnet clasp and you will find the battery compartment. Use a screwdriver to open the battery compartment and place two AAA batteries inside and close it back up. Listen to that baby not purr. Check out the video below for more details.

A fidget toy double-team to take on your stress.