The Polar Pen: Writing Utensil Held Together with Magnets
Valentine's Day is coming! You can still get your order in time! Click here for more details. The Polar Pen is the first writing utensil held together entirely with magnets. Using 12 rare-earth magnet segments that form a tube around the ink cartridge, the pen can easily be constructed or destructed in a snap.

Have some free time on your hands or working through some writer's block? The long-lasting magnets will provide hours of entertainment for your fidgeting fingers. Get the cap to snap on without even touching it or reverse the polarity and watch the magnets repel each other for jedi-force fun.

This attractive pen also boasts a stylus for those times that you need to move your work to an electronic surface. The stylus works with any capacitive touch screen. And if you run out of ink, just pick up any compatible 0.4 mm refill and get back to signing all those autographs, ya star.

Held together with science

Instead of glued or friction-fitted plastic, the barrel of the Polar Pen is made entirely of twelve rare-earth magnets.

Magnetic attraction is the only thing keeping the pen together, from the ink cartridge to the cap. The system allows all of the components to easily disassemble and reassemble thousands of times without ever wearing out. Plus, magnets are cool! 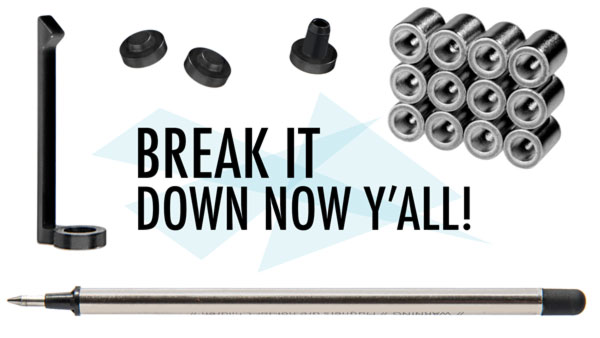 Appearances can be deceiving... and magnets can be pens.

For those prone to fidgeting, the Polar Pen offers a fascinating way to keep your hands occupied that will amaze rather than annoy your neighbors — I’m talking to you, guy who sits three cubicles down!

The alternating repulsion and attraction of the tube-shaped magnetic segments lets you arrange them in a variety of configurations that are fun for both your fingers and your eyes, including an air-cushioned spring and a high-RPM revolver cylinder. 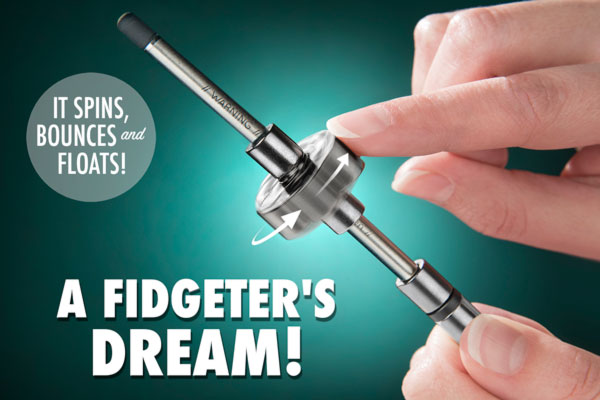 See if you can top this trick!

Stylish pen with a built-in stylus

Writing with an ink pen on paper will always be useful. But the versatile Polar Pen is designed for the twenty first century, so it also includes a touch stylus that works with any capacitive phone or tablet.

When you're not using it, the stylus tip hides away inside one of the magnetic barrel segments. 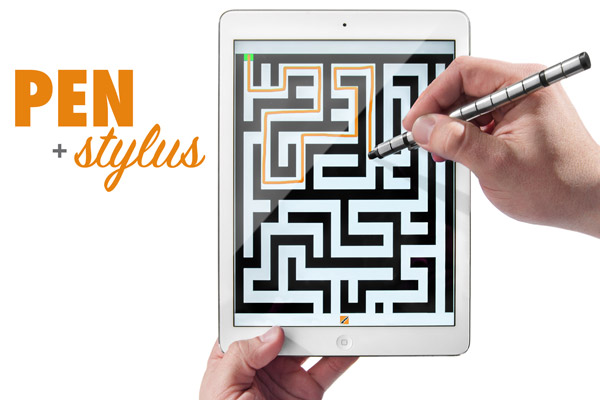 Tucked within the Polar Pen is a capacitive stylus.

All styles of the Polar Pen utilize the strongest permanent magnets on Earth and come in elegant finishes.

The silver color and gunmetal black finishes each exhibit an understated air of sophistication that conceals their versatility and unmatched fidgetability. The gold color bellows, "I'm beautiful. You know it. And I know it. Deal with it".

Or if you want to be über flashy, get one in each color and alternate their magnets to create a striped spectacle.

Can't decide which you like better? There’s no such thing as a bad choice!

A pair of pencils that look like East Asian eating utensils.